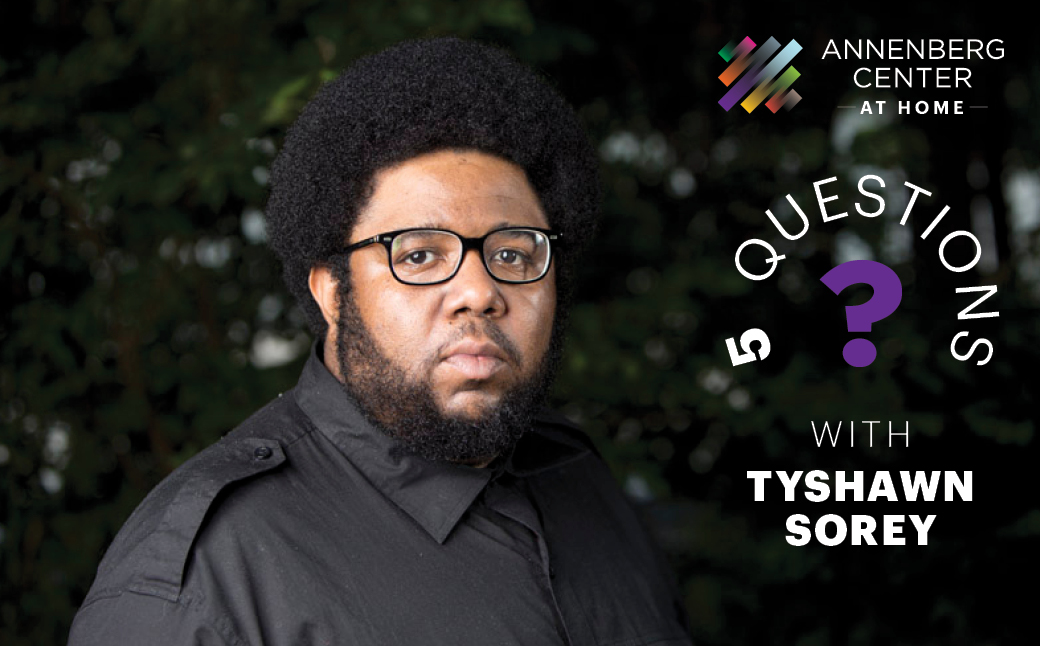 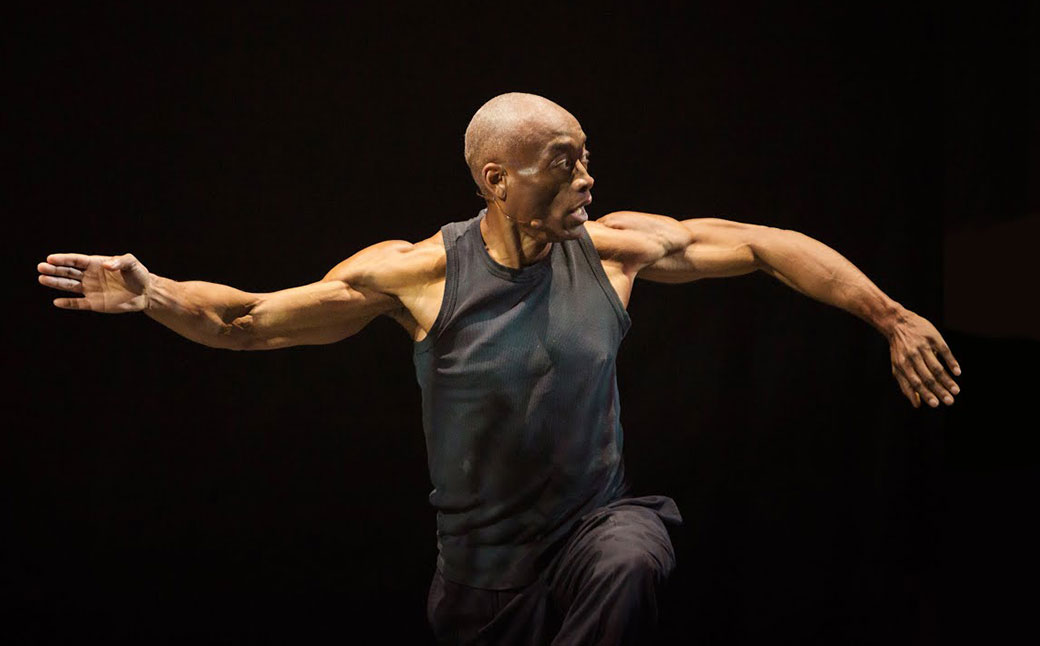 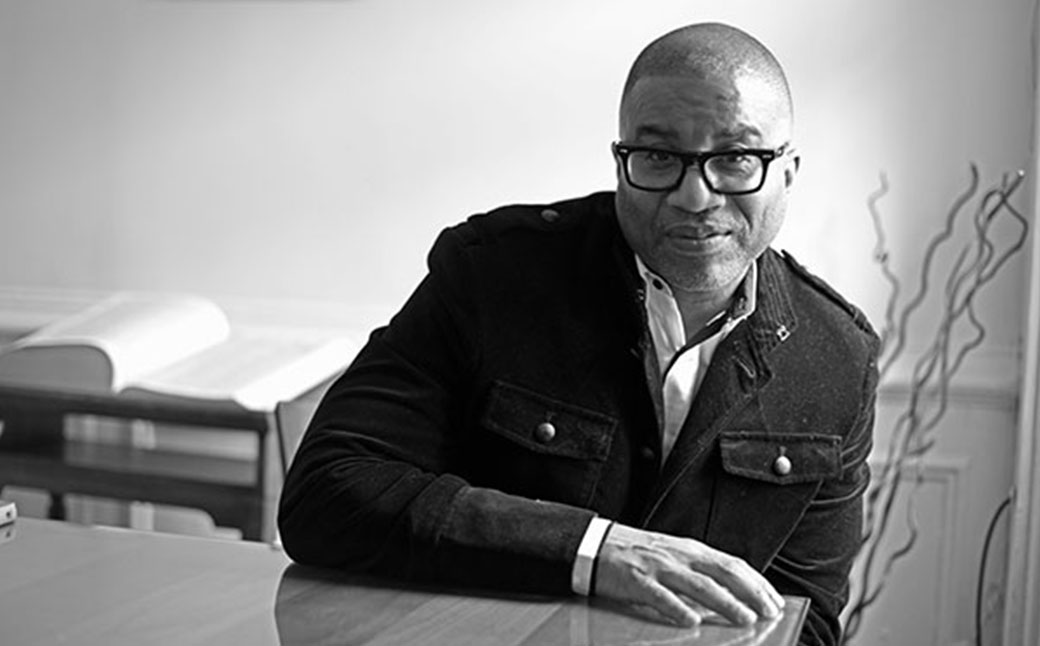 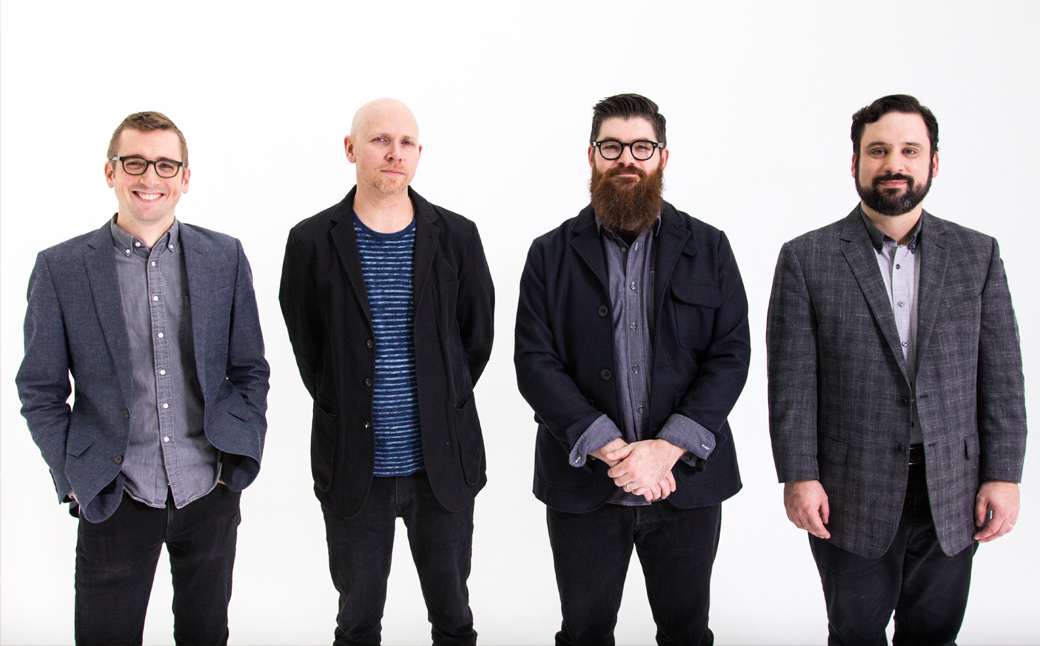 We are excited to present the acclaimed new music ensemble Sō Percussion in an exclusive, livestreamed performance on July 1 at 7 PM on our Facebook page. The four members of Sō will perform a short series of back-to-back solo works live and then join Erin Busch, a doctoral fellow in music composition at Penn, for a discussion and Q&A. Audience members are encouraged to comment during the event with any questions for Sō.

In advance of its originally scheduled performance in April, Sō Percussion had been collaborating with Busch and the Penn Sound Collective, a graduate composition group, since fall 2019. The April performance would have featured world premieres by Busch, Nathan Courtright, Flannery Cunningham, James Diaz and Ania Vu, but unfortunately had to be postponed due to the COVID-19 pandemic.

While we look forward to welcoming Sō for its Annenberg Center debut in the future, for now we are eager to gather online for an evening of mesmerizing solo percussion. See you July 1 at 7 PM on Facebook Live.  (Please note, you do not need to have a Facebook account to watch this event.)

A virtual trip to Paris with Paul Taylor Dance Company 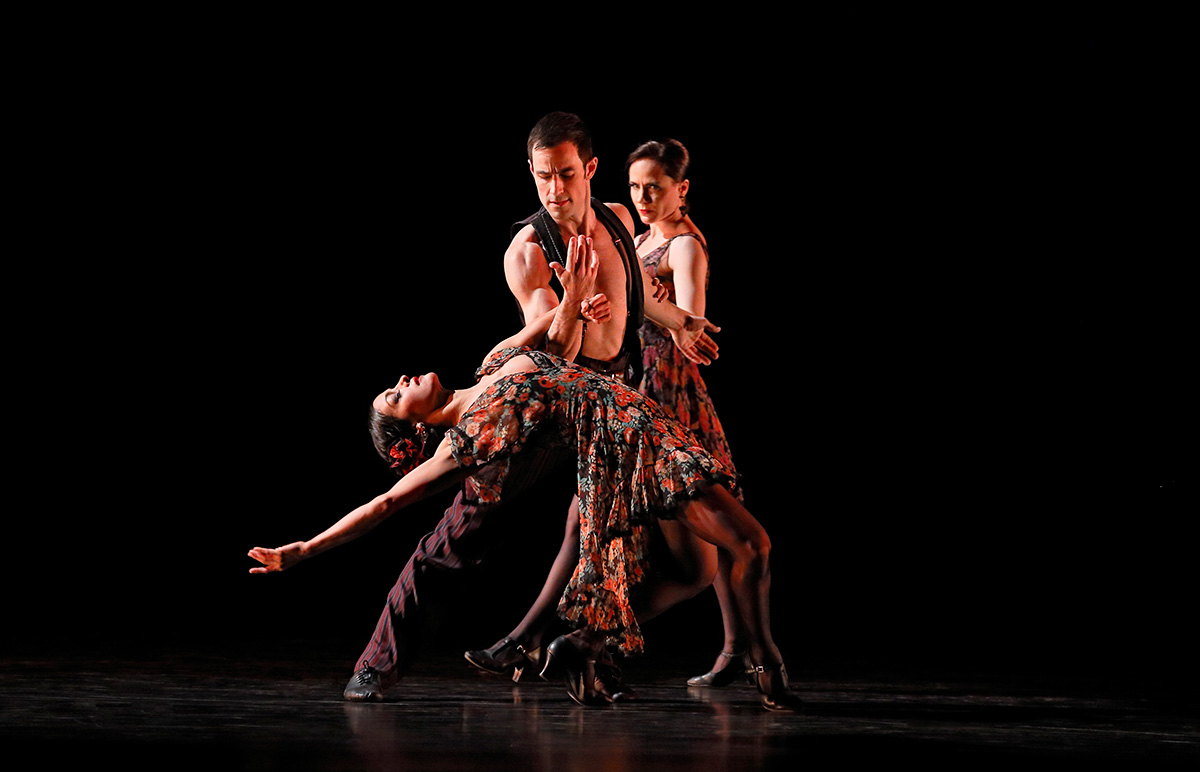 In January of this year, we welcomed back a longtime Annenberg Center and NextMove Dance favorite, Paul Taylor Dance Company, to the Zellerbach stage. It seems like so long ago now! They are among our many friends in New York City who have been in our thoughts these past few months, and looking back on their remarkable artistic accomplishments is providing us some solace as we navigate the road ahead. We were excited to stumble on this wonderful film from 2012, which marks the 50th anniversary of the company’s first-ever performance in Paris. The remarkable program, recorded at the Théâtre National de Chaillot for the Les Étés de la Danse festival, features Brandenburgs, set to Bach’s Brandenburg concertos #3 and #6, and Beloved Renegade, set to music from Francis Poulenc’s Gloria.

Brandenburgs is a magnificent interpretation of one of Bach’s most beloved musical masterpieces. Paul Taylor was the ultimate renaissance man of choreography, tackling music from medieval to rock, and in this case, he does a superb job of communicating through Bach’s sublime music. In a review of the work, the Manchester [UK] Guardian notes, “Beauty is the only word for Brandenburgs…[which] celebrates the good things in life. Such a radiant, seamless flow of invention that the choreography seems an entirely natural way of moving to this music.”

Good games and new tricks with Dr. Seuss' Cat in the Hat 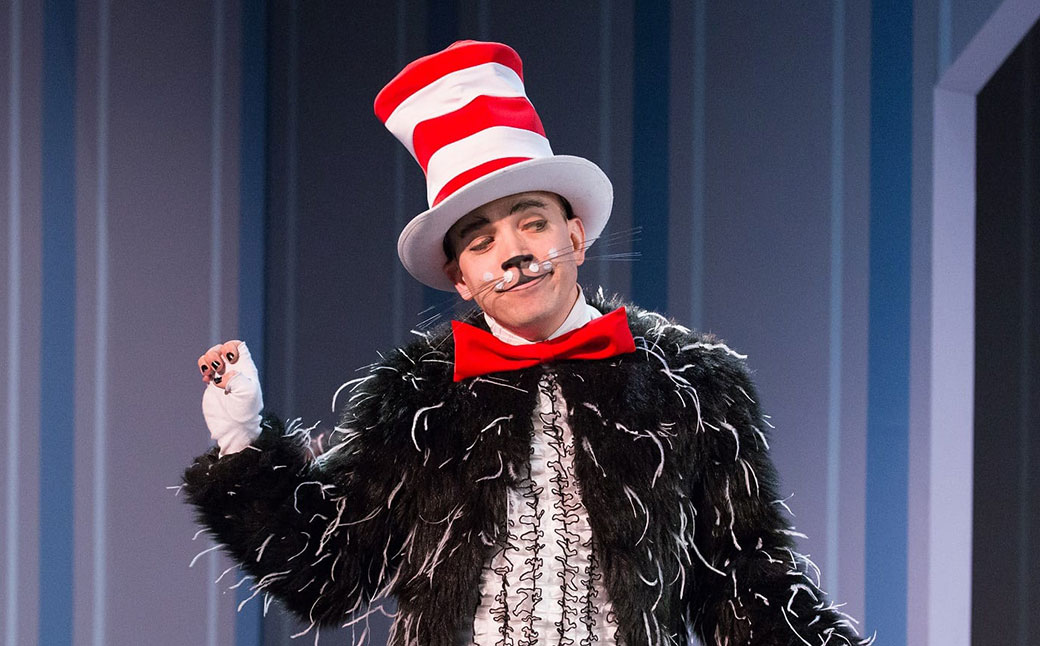 Arden Theatre Company audiences were looking forward to the company’s live adaptation of Dr. Seuss’ The Cat in the Hat this spring. While those performances are on hold until next season, the Cat can instead visit families at home in The Cat in Hat Teaches THAT! Learn how to balance a flower on one finger or stop a spinning coin without knocking it over. Geared for elementary-aged children, Doug Hara, who would have co-directed and starred in the title role at the Arden, demonstrates some of the Cat’s best tricks from the show. Hara even shows off the trickiest trick that he mastered for the role – balancing atop a ball! Don’t try that one at home though. 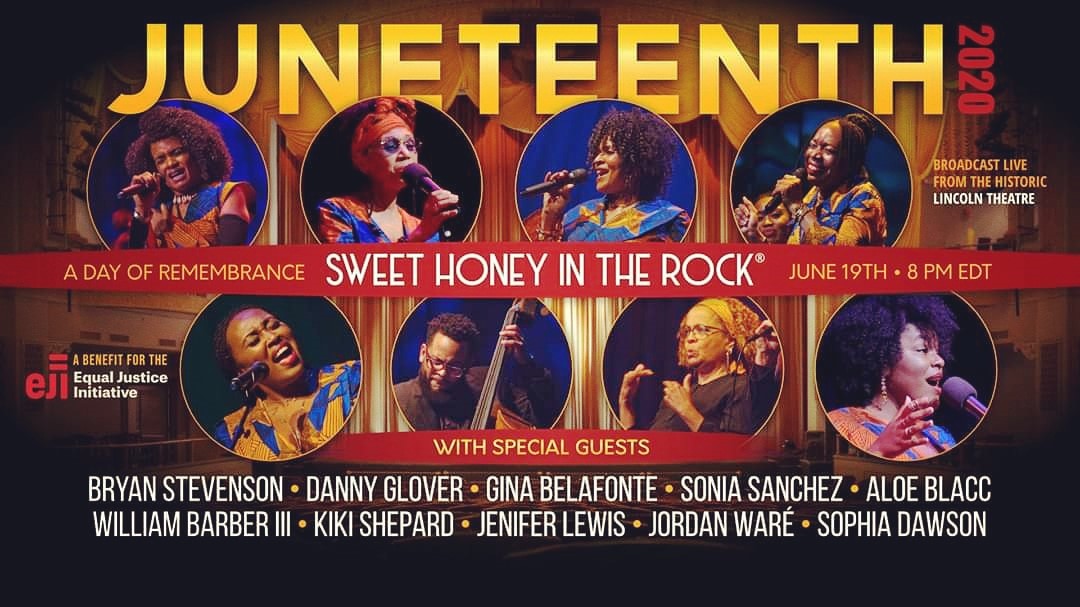 In an evening of spirit and song, Sweet Honey in the Rock will reflect on the historical significance of Juneteenth through song, poem and discussion. 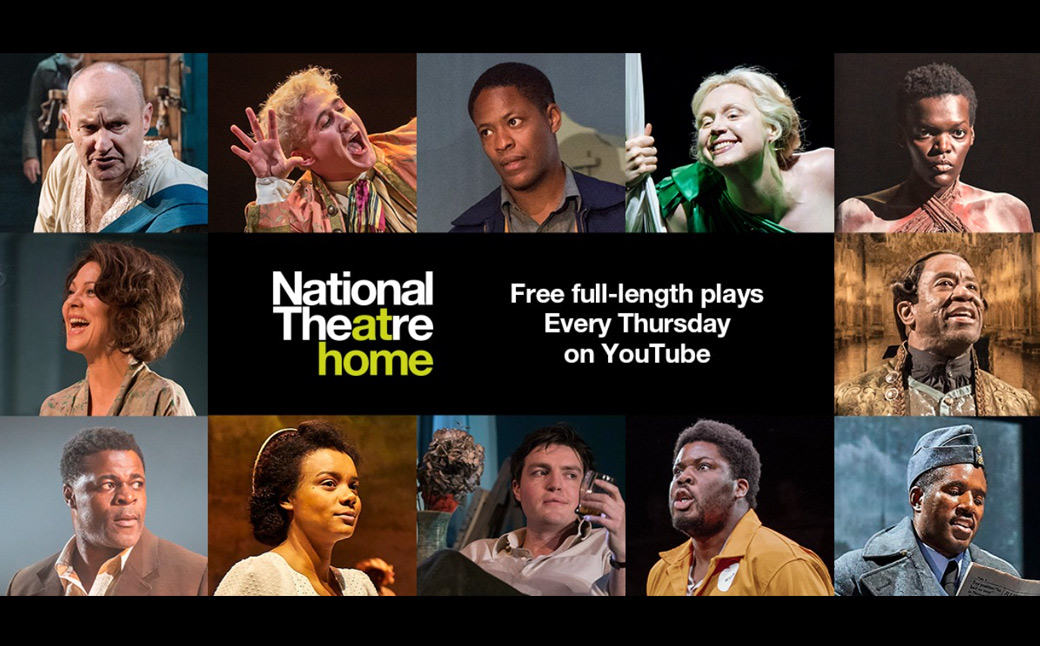