At the heart of Penn’s campus, the Weitzman Theatre will be a distinctly visible, modern, flexible performance space extending onto the Annenberg Center Plaza.

The cornerstone project in a planned multi-phase renovation and expansion of the Annenberg Center Complex, the theatre is named through a transformative gift from Penn alumnus Stuart Weitzman and will embrace a variety of events and performances across artistic genres.

“This is a pivotal project for the performing arts. Stuart Weitzman’s gift comes at the perfect time, just as the Annenberg Center for the Performing Arts, headquarters for Penn Live Arts, embarks on a year-long 50th anniversary celebration. Naming the theatre for Stuart honors his enduring commitment to Penn students, his love of the performing arts, and our shared desire to make the performing arts even more visible and widely accessible on campus and throughout the greater Philadelphia region.”
– M. Elizabeth Magill, President, University of Pennsylvania


As a flexible space with multiple configurations and the ability to open a wall for indoor/outdoor performances, the Weitzman Theatre will serve as an extraordinary venue for a variety of events, such as: 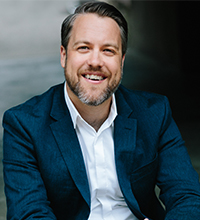 “It’s no exaggeration to say that this gift will change everything. This modern jewel of a space right in the center of campus will be home to professional and student artists alike. I envision the theater in constant use from the moment its doors open, serving students, faculty, Philadelphia area residents, and Penn alumni, families, and friends.”
– Christopher A. Gruits, PLA Executive & Artistic Director 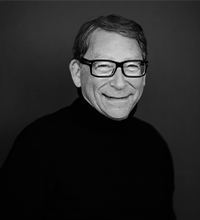 “I am thrilled on so many levels to be supporting this new project. The performing arts have always been an essential element of the Penn experience. So many high-profile alumni have gotten their start at Penn: John Legend, Marc Platt, Harold Prince, Candace Bergen…the list goes on. This new theatre will convey, in a very tangible way, to student and professional performers alike, that their craft is valued, supported, and nurtured by Penn.”
– Stuart Weitzman, W’63

Stuart Weitzman is one of the most recognizable names in luxury designer footwear, who founded his eponymous company in 1986. Since stepping down from an active role in business, Weitzman has pursued myriad interests. Notably, he co-produced the Tony® Award-winning Broadway musical, Ain’t Too Proud – The Life and Times of the Temptations. At the University of Pennsylvania, Stuart Weitzman’s philanthropy is further reflected in the Weitzman School of Design, Weitzman Hall, and The Weitzman Speaker Series on High Impact Philanthropy. Elsewhere in Philadelphia, he has also supported The Weitzman National Museum of American Jewish History.


*All images are representative architectural renderings and subject to change.