Carols after a Plague 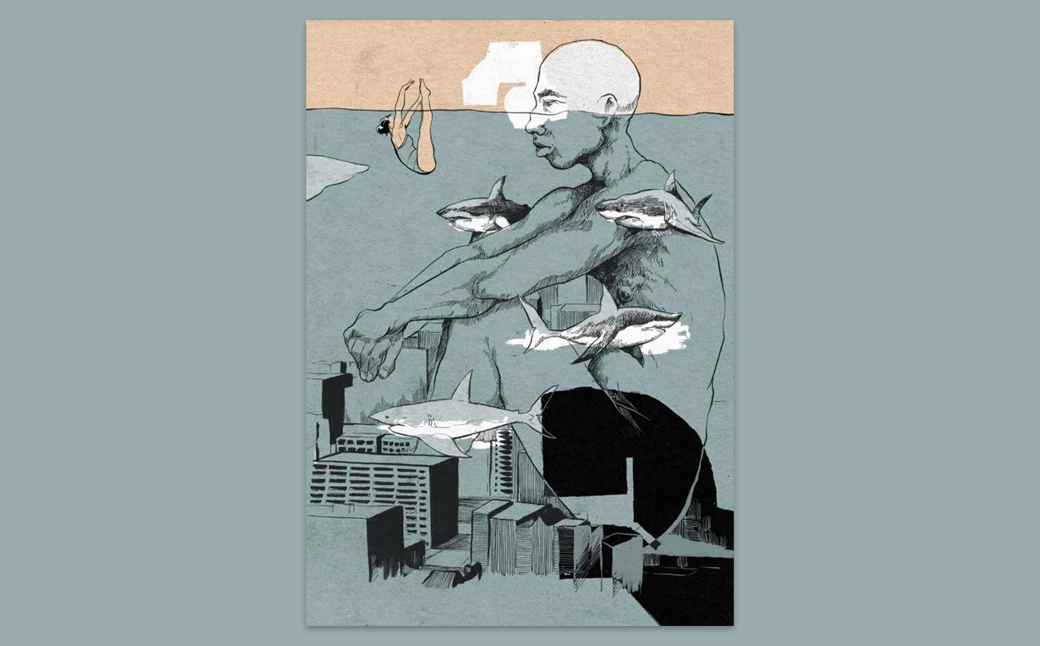 Artwork by Sasan Saidi
Silence not Holy Black Madonna
Mother of All
Offer sacred praise to her
If not, thy tongue should silence give
Holy tone she is
Wholly listen in
- Shara Nova, from Carols after a Plague: II. Tone-policing

Like so much that has happened in the last twelve or more months, Carols after a Plague is the solution to a problem. In fact, so much of creativity, whether artistic or scientific, is the result of facing a challenge that needs solving. In this case, the challenge posed was multi-faceted: “How to record these conflicting feelings, born of isolation, fear, and social unrest? How to make a record of this time? How to better reflect the community we live in?”

Like the questions “How do we sing together when we’re told ‘don’t sing together?’” and “What kind of singing matters?”, the questions above, with their unique combination of journalism, emotional states, and community, led me to imagine a project in which we heard not just from one compositional voice, but from twelve. Twelve being the right number if you’re assembling an hour-long program of five-minute works. Twelve, reflective of the twelfth month, the signs of the Zodiac, the Days of Christmas (around which the premiere of this project would take place). At the time of its inception, we thought we’d by now be fully emerged from the pandemic and this project would be a record of that time: “We were here, this is how it felt to be here.” It turns out the premiere will take place a bit differently than anticipated. We have returned, yes, but the world is not yet able to turn back to the problems it faced pre-pandemic, while it continues to solve the issues of the pandemic.

So, twelve new works. A December premiere. A recording. I pondered all these things and my mind wandered to the last time we did a project involving a number of composers: Jeff Quartets, our 2016 compilation project in memory of co-founder Jeff Dinsmore. That premiere was the first Jeffrey Dinsmore Memorial Concert. Soon after, we moved the annual Memorial Concert(s) to December, because The Crossing @ Christmas was always Jeff’s favorite concert of the year – partly because he loved the music we sang, and partly because he loved irony; he found it compelling to sing programs at Christmas that had no Christmas-specific music, but rather “felt” like Christmas, capturing the essence of the message of Christmas – the message on observing The Other that lies at the base of so many sacred festivals of so many religions. December. Emerging from Isolation. Thought-provoking.

I decided to call this massive project (corralling twelve composers isn’t simple) “Carols after a Plague” because of the ambiguity of those words.

after?
(we had hoped it would be – someday it will be)

Carol?
(in what way will these be Carols - to many, a familiar song, communal, outside, seasonal. To others, strange words celebrating what appear to be unlikely persons and events. Carol evokes [this] season, song, company.)

The title gave us our parameters; we had our purpose. Now to approach composers.

Which composers? It seemed that a project with the potential to inspire greatly diverse results ought to have a unique commonality among the creators and ought to expand our horizons. So, we invited composers that had not previously written for The Crossing. Risky, for sure, but exhilarating to contemplate. The invitation seemed a little crazy: respond to our project title, addressing what “Carols after a Plague” means to you; an exercise in perspective, in experience, in histories that are widely, and at times wildly, different. And, this ask coming in early February 2021 with a target date of recording the Carols in September, “please do this quickly!”

What we received was a little like living through twelve days of Christmas, but instead of swans and geese and leaping lords, each day brought some new, extraordinary version of our world in the unique compositional language of an incredibly thoughtful musical artist. Twelve brief, deeply personal, musical ruminations on our battered, resilient world. And what emerged is a strange logic of relations: the connection of one text to the next, the shared concerns, the empathy of isolation, the opportunity to sing the words of another and perhaps, in doing so, better understand their experience. The invitation to live within the walls of Tyshawn Sorey’s haunting sound world, summarizing the isolation and discontent of our time. The invitation to sing as Nina Shekhar for a few moments, placing familiar Christmas songs in a different context, where they are not a part of one’s story, where they stand as a barrier to a child’s great desire to assimilate. The invitation to join Shara Nova‘s exploration of her whiteness, her attempt to untangle it: to embrace what it means, and to celebrate (in fact, welcome) the discomfort of asking difficult questions. The invitation to join Joe Phillips on his stoop in Brooklyn and find, from the aloneness, a neighborhood. The gift list goes on, far more imaginative than the wish list, but that’s the beauty and the honor of living in a world of new music. While not one of these carols is a carol in the traditional sense, and though the composers didn’t consult one another, the marvelous, perhaps surprising, outcome is a sense of being together, a desire to say something together – something big, made of small things; something in which words matter, in which listening matters.

I know some people find music healing. I respect that. Maybe I even envy that a bit. I don’t find it that way at all. I find it challenging and motivating and demanding and at times, deeply troubling. I find it opens things up, not closes them. So, while some will find our Carols collection healing, I know that others will find them speaking in a way that demands attention through their candor, honesty, and at times, rawness. The inner logic of the Carols continues to ask questions I need to hear, while together, they find a way of telling our story that makes me want to do better, makes me want to insist on a world in which words matter, truth is our default, and inclusion is a word we used to talk about, back then, when we had all those troubles; back then, when we felt trapped and needed to express our frustrating world; back then, when we solved a problem by creating Carols after a Plague.

Mother of All…Wholly listen in