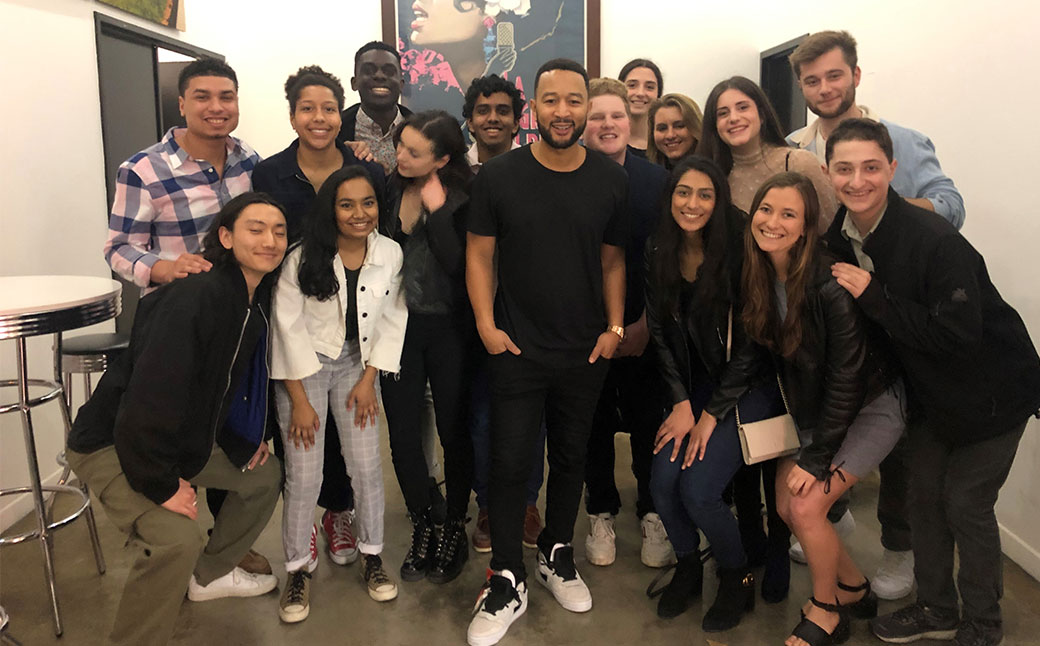 During his time as a student, Legend was President and Music Director of Penn’s oldest, co-ed a cappella group, Counterparts. Days before Penn announced that it was transitioning to remote classes due to COVID-19, Counterparts performed some of their material for Legend over their spring break, in what would soon be one of the group’s final performances with their graduating seniors. Our hearts go out to all of the Penn performing arts groups who had to cancel shows they had been working towards, and especially those who won’t have the opportunity to perform together again once we return to campus. Help us show Penn’s student performers some love and follow Counterparts on Instagram to see some of their incredibly talented seniors sing.