Presented by the Philadelphia Folklore Project 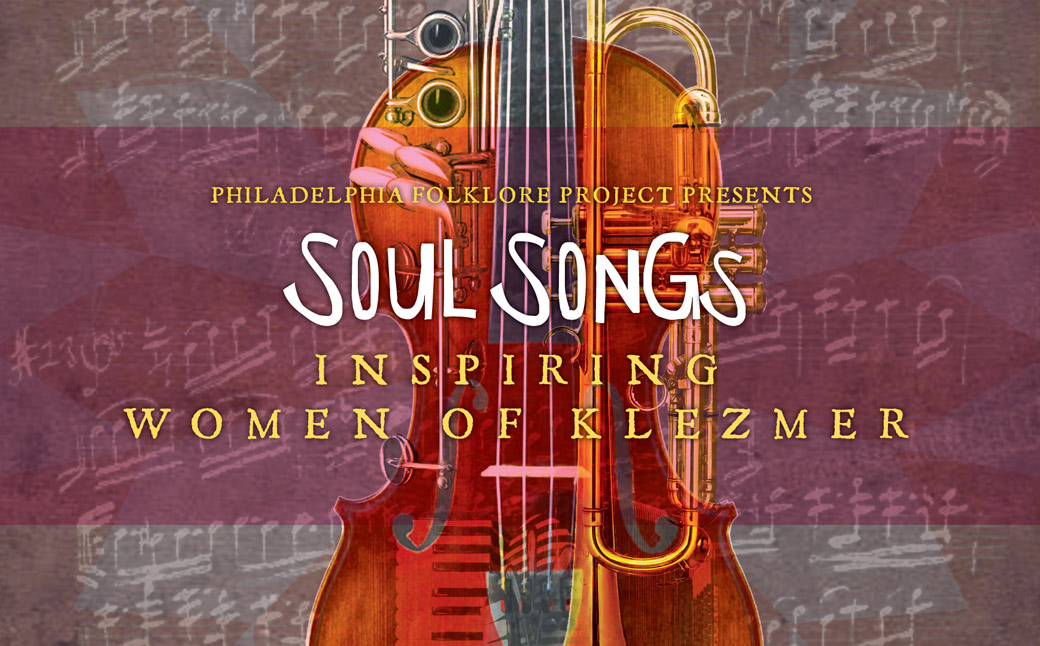 The brainchild of fourth generation klezmer musician and concert artistic director Susan Watts, SOUL SONGS: INSPIRING WOMEN OF KLEZMER was created from the world-renowned trumpeter’s concern for the future of her art and appreciation of every individual involved.

“'Soul Songs’ is about the old and new intertwined,” says Watts, a 2015 Pew Fellow. “It is future provoking, intuitive, grass roots. ‘Soul Songs’ is about these women’s musical journeys, their artistry and their discernment to use the force of adversity to their gain. It is the klezmer of today and a prelude to future possibilities for the art and the communities it nurtures.”

Major support for Soul Songs has been provided to the Philadelphia Folklore Project by The Pew Center for Arts & Heritage.