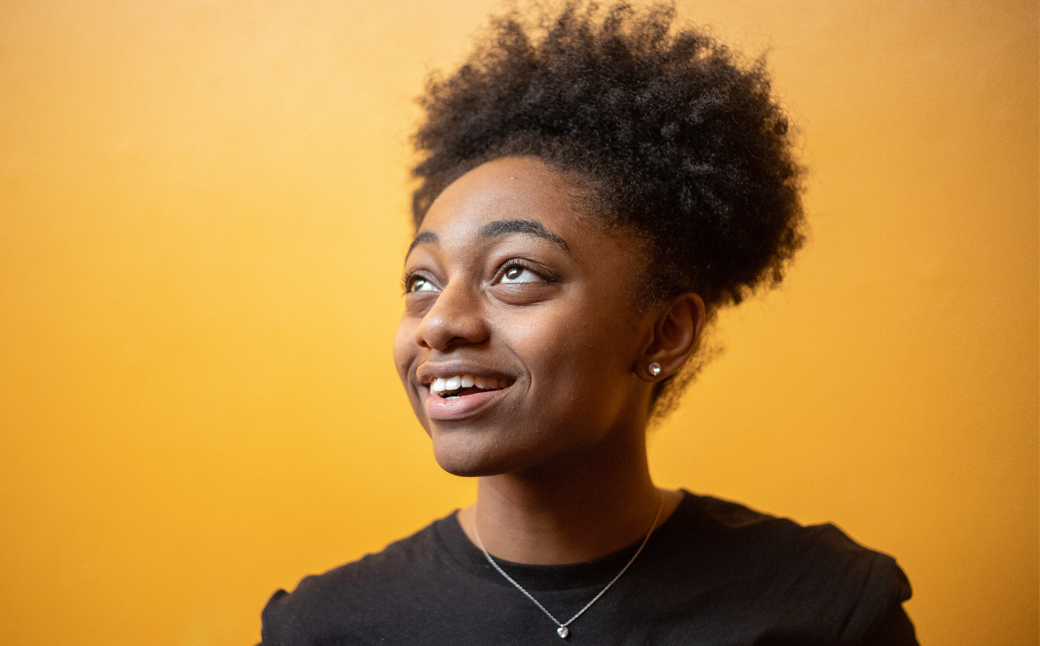 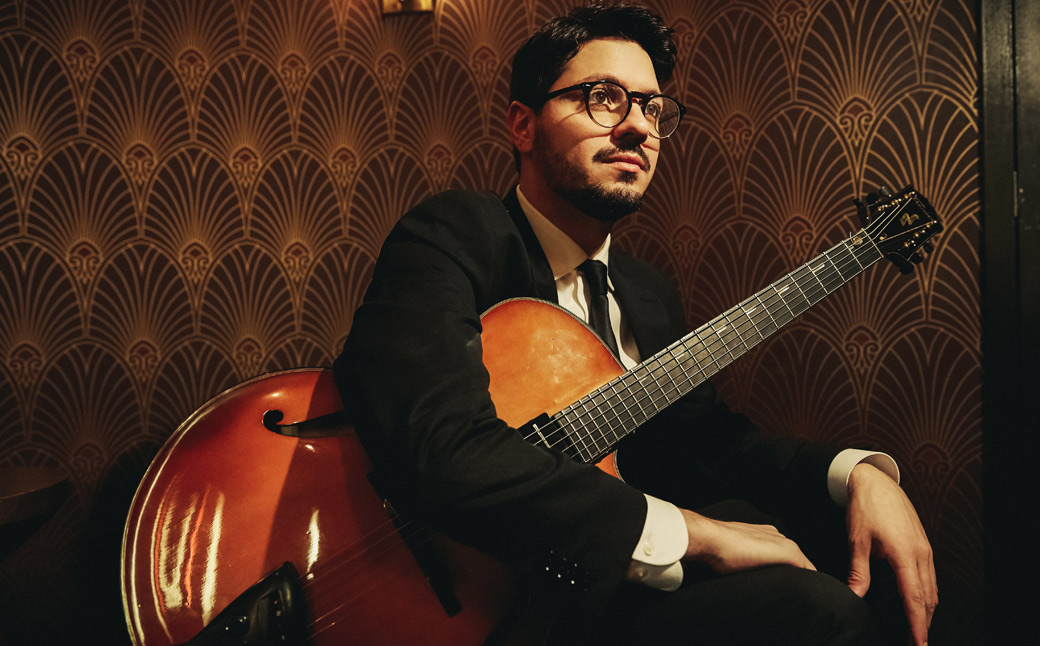 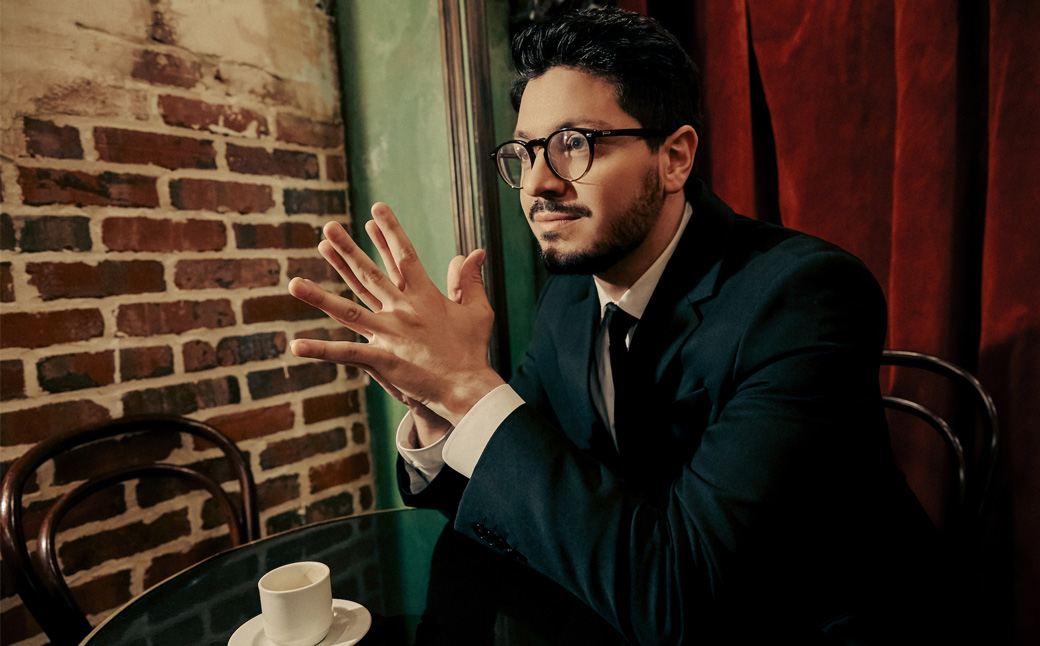 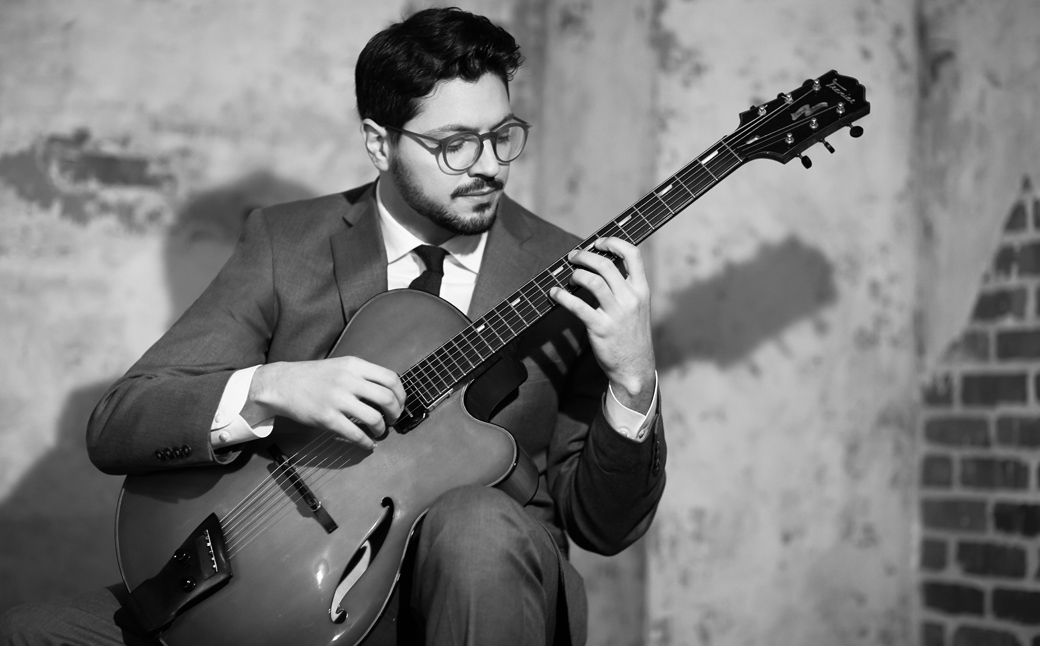 Two rising jazz stars make their Annenberg Center debut. Samara Joy won the prestigious Sarah Vaughan International Jazz Vocal Competition in 2019, and now at only age 21, she’s already a veteran performer at famed New York jazz clubs with a much-anticipated debut album due by mid-2021. Samara Joy will reunite on stage with Pasquale Grasso, an award-winning guitarist whose astounding technique and “practically faultless” (DownBeat) playing has garnered high praise from jazz great Pat Metheny. With astonishing talent that belies their youth, this duo will perform a mix of originals and American Songbook classics, offering a glimpse at the future of jazz.

This is an original, live event performed on our stage and streamed online. It will include an interactive Q&A with the artists. Visit our FAQs page for additional details.

Samara Joy Bio
Samara Joy
With a voice as smooth as velvet, Samara Joy's star seems to rise with each performance. She is currently recording her debut recording, which will feature the Pasquale Grasso Trio.

Samara resides in the place of her birth, the Castle Hill section of the Bronx in New York. Growing up, music was a pervasive presence due to the inspiration of her paternal grandparents, Elder Goldwire and Ruth McLendon, who led the well-known Philadelphia-based gospel group The Savettes. Her father toured with the renowned gospel artist Andrae Crouch, and her home was filled with the sounds of not only her father’s songs and songwriting process, but the inspiration of many gospel and R&B artists, including Stevie Wonder, Lalah Hathaway, George Duke, Musiq Soulchild, Kim Burrell, Commissioned and many others.

“Although I didn’t grow up singing in church,” explains Samara, “I constantly heard my family singing inspirational music together, which instilled in me an appreciation for my musical lineage. My earliest memory of performing is singing a Jordin Sparks song for my fifth-grade graduation. Then, through musicals in middle school, I loved exploring the range of my voice and applying the different colors to fit the characters I played. Finally, during high school, I joined the choir at my church, eventually becoming a worship leader, singing three services a week for nearly two years.”

Samara was first exposed to jazz while attending Fordham High School for the Arts, where she performed regularly with the jazz band and eventually won Best Vocalist at JALC's Essentially Ellington competition. However, jazz was not her focus until the time came to choose a college. Samara picked SUNY Purchase, gaining acceptance into their acclaimed jazz program, with a faculty that includes many jazz masters (including Pasquale Grasso and drummer Kenny Washington).

“My friends were all into jazz and started sharing their favorite recordings with me to check out. The turning point was when I heard both Sarah Vaughan's version of 'Lover Man' and Tadd Dameron's recordings featuring trumpeter Fats Navarro. I was hooked.”

From that point, Samara began to pursue her jazz studies with an intense passion, eventually being named the Ella Fitzgerald Scholar and winning the 2019 Sarah Vaughan International Jazz Vocal Competition.

Samara has already performed in many of the great jazz venues in NYC, including Dizzy’s Club Coca Cola, The Blue Note and Mezzrow, in addition to working with jazz greats such as Christian McBride, Pasquale Grasso, Jon Faddis, Kirk Lightsey, Cyrus Chestnut and NEA Jazz Master Dr. Barry Harris.

As she looks forward to the release of her debut recording, Samara Joy hopes to share her passionate love for jazz as a uniting force and as a catalyst for change in the years to come.

Pasquale Grasso Bio
Pasquale Grasso
One of the most strikingly unique artists of his generation, Pasquale Grasso has undoubtedly changed the way the world views jazz guitar. Born in Ariano Irpino, Italy, Grasso began playing guitar at a very young age. By the summer of 1997, his parents recognized the depth of their young son’s talent and sought out the instruction of guitarist and jazz innovator Agostino Di Giorgio. A former pupil of Chuck Wayne, Di Giorgio immediately took interest in Grasso, whose aptitude for the instrument flourished as the young guitarist quickly became his closest pupil.

Barry Harris, the world-renowned jazz educator and bebop piano master, became an extraordinary influence when Grasso attended his jazz workshop in Switzerland during the summer of 1998. Harris, a contemporary of Miles Davis, Sonny Stitt and Cannonball Adderley, took Grasso and his brother, Luigi, under his wing. Over the span of the next five years, the Grasso brothers became pillars of Harris’ international workshops and were quickly promoted from mere attendees to instructors for the other students. Grasso was named Harris’ guitar teaching assistant and, for the last 10 years, has conducted workshops in Italy, Switzerland, France, Spain, Holland and Slovenia.

In 2008, Grasso pursued classical guitar studies at the Music Conservatory of Bologna under Professor Walter Zanetti. During his time at the conservatory, he developed a new approach to the guitar, combining classical tradition with Chuck Wayne’s modern technique.

In 2012, he moved to New York City and quickly made a name for himself in the city’s vibrant jazz scene. Grasso became part of the Ari Roland Quartet and the Chris Byars Quartet, performing in clubs and music festivals, and recording in the studio regularly. Later that year, Grasso was named a Jazz Ambassador with the U.S. Embassy, going on to tour extensively across Europe, Kuwait, Kazakhstan, Cyprus, Lithuania, Ukraine and more.

Grasso’s guitar was expertly crafted for him by longtime friend and luthier, Trenier Guitars, located in Suffern, New York. Grasso is currently a Sony Masterwork artist and teaches at SUNY Purchase’s College of Music.