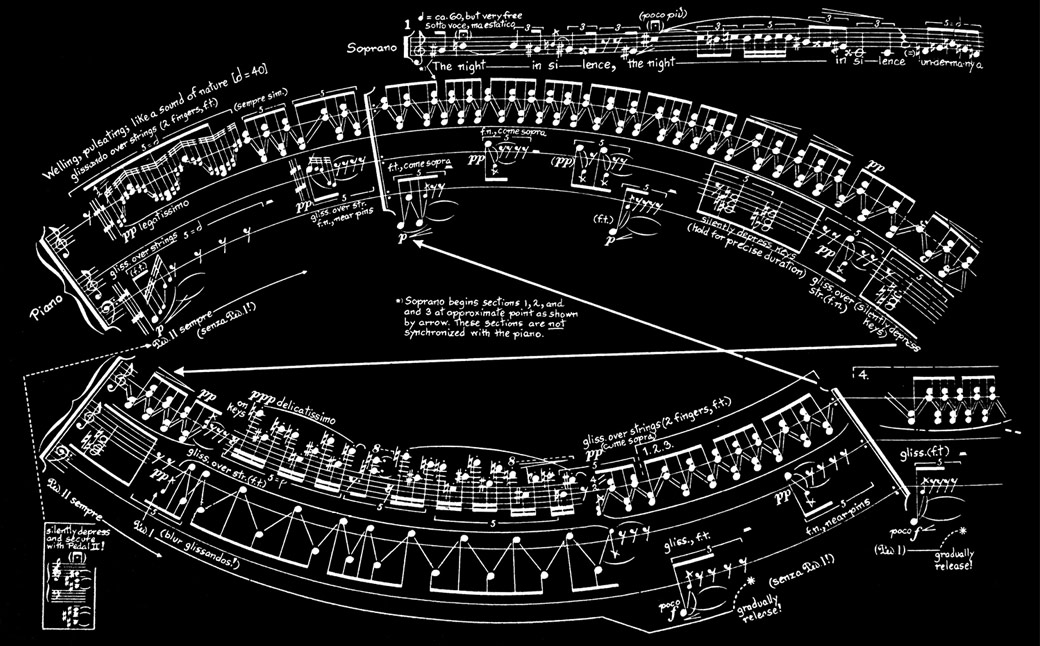 A collection of George Crumb’s most evocative music performed by Philadelphia’s Arcana New Music Ensemble. The program features the haunting setting Apparition, with texts drawn from Walt Whitman’s “When Lilacs Last in the Dooryard Bloom’d.” and all four books of Madrigals with text by Spanish poet Federico García Lorca.