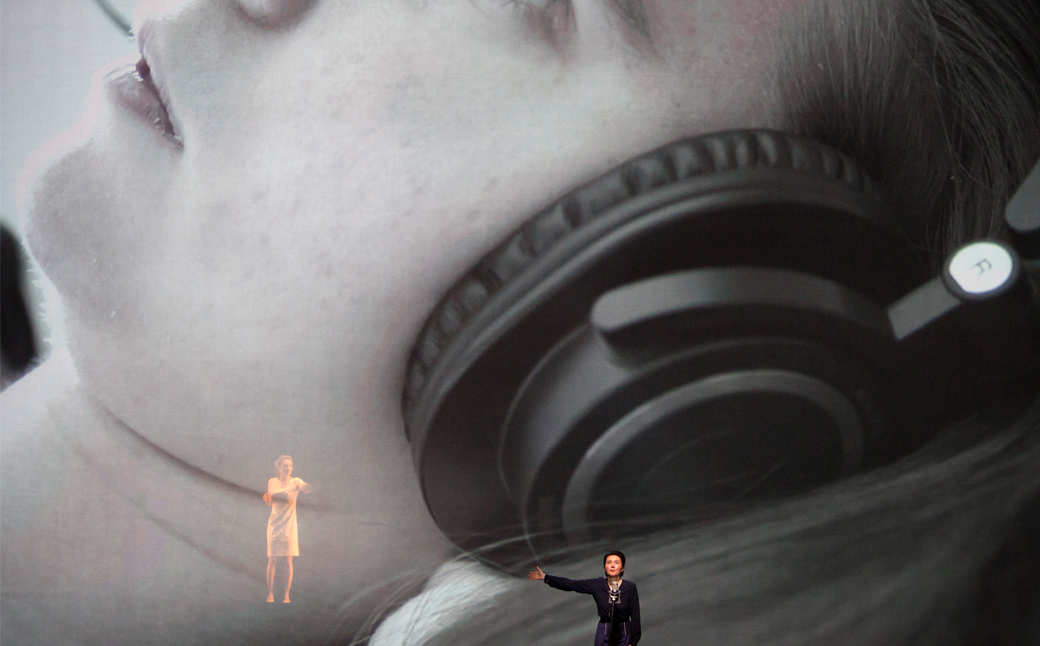 The myth of Orpheus offers Romeo Castellucci (direction, sets, lighting, costumes) the opportunity to reflect on the unfathomable condition of being in a coma, with a dramaturgy that will unavoidably shape the way in which musical theatre is conceived today. The film version of Orphée et Eurydice allows the audience to re-live the exceptional experience of a unique dispositif capable of joining together the music played in the La Monnaie theatre and the room in the Inkendaal rehabilitation centre where Els, a young woman affected by Locked-in syndrome, listens in real time to music and singing through headphones. In the same way, the spectator, a new version of Orpheus, travels away from the theatre thanks to a steadycam that, at every performance, runs through the city streets and the hospital corridors to join Els and meet her eyes. Mythology and Christoph W. Gluck’s music become mirrors through which human frailty is reflected, not in a voyeuristic manner, but to acknowledge art’s “duty to reflect on the human condition, including the most extreme” (Romeo Castellucci).

The screening will be introduced by Dr. Piersandra Di Matteo (Fine Arts Academy, Bologna), who was dramaturg for the 2014 production.

The event is organized in collaboration with the Program in Cinema Studies and the Departments of Music and Romance Languages (Italian Section) of the University of Pennsylvania.