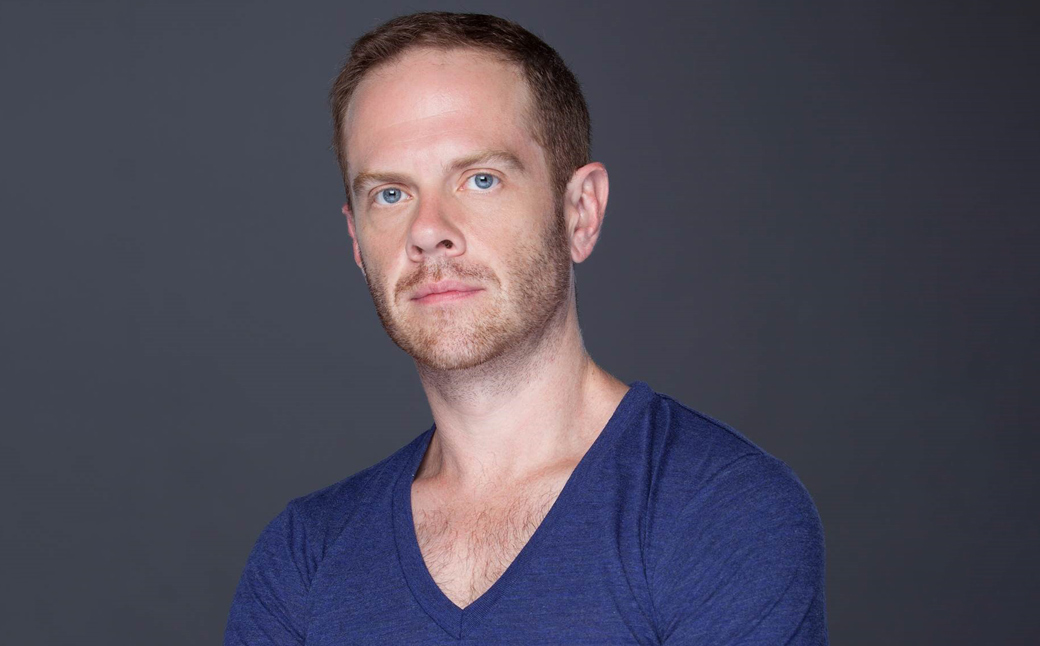 Called “fresh, touching, musical, original,” Matthew Neenan’s choreography makes “dancers look vulnerable, openhearted and, above all, marvelously free.” (The New York Times) A former dancer and Choreographer in Residence with Pennsylvania Ballet as well as the co-founder of BalletX, Neenan brings re-entering, a site-specific world premiere exploring our return to life as it once was, promising the “wonderful immediacy and vibrancy” (Dance Magazine) for which he’s known.

Matthew Neenan Bio
Matthew Neenan (Choreographer)
Matthew Neenan began his dance training at the Boston Ballet School and with noted teachers Nan C. Keating and Jacqueline Cronsberg. He later attended LaGuardia High School of Music & Art and Performing Arts and the School of American Ballet in New York. From 1994-2007, Neenan danced with the Pennsylvania Ballet where he danced numerous principal roles in the classical, contemporary and Balanchine repertoire. In October 2007, he was named Choreographer in Residence at the Pennsylvania Ballet where he has created 19 ballets.

Neenan’s choreography has been featured and performed by New York City Ballet, Pacific Northwest Ballet, The Washington Ballet, Ballet West, BalletMet, Colorado Ballet, Ballet Memphis, Milwaukee Ballet, Oregon Ballet Theatre, Tulsa Ballet, Oklahoma City Ballet, Kansas City Ballet, Juilliard Dance and USC Kaufman School of Dance, among many others. He has received numerous awards and grants for his choreography from the National Endowment for the Arts, Dance Advance funded by the Pew Charitable Trusts, the Choo-San Goh & H. Robert Magee Foundation and the Independence Foundation. In 2006, Neenan received the New York Choreographic Institute’s Fellowship Initiative Award. In 2008, he received a fellowship from the Pennsylvania Council on the Arts (PCA), marking his fourth time receiving the PCA fellowship. In October 2009, Neenan was the grand-prize winner of The Sacramento Ballet’s Capital Choreography Competition and was also the first recipient of the Jerome Robbins NEW Program Fellowship for his work At the border for Pennsylvania Ballet.

After competing in the Prix de Lausanne for the second time, Moreira received the apprenticeship award and chose to join American Ballet Theatre’s second company, where he danced works by Jerome Robbins, George Balanchine and Edwaard Liang. Moreira has been invited to participate in international galas including YAGP Japan’s gala. He joined Orlando Ballet in 2011 where he danced numerous leading roles as well as works by Jessica Lang, Peter Chu, Abdur-Rahim Jackson, Robert Hill, George Balanchine and Jerome Robbins. During his time with the company, Moreira had the opportunity to choreograph his own ballets and created Barco Negro (2014), Unsaid (2015) and Same Old Fear (2016). He also created his own production of Firebird for Florida Ballet. In 2016, he won best choreography at the YAGP regionals in Tampa. In September 2017, Moreira became a full-time faculty member with The Rock School for Dance Education.

Caili Quan Bio
Caili Quan (Dancer)
Caili Quan was raised on Guam, trained in New York and was a dancer with BalletX from 2013-2020. In 2020, Quan virtually choreographed dance films for BalletX (Love Letter), Owen/Cox Dance Group and UC Santa Barbara in addition to choreographing and editing 100 Days, a virtual commission for the Guggenheim’s Works & Process. She recently served as an Artistic Partnership Initiative Fellow and Toulmin Creator at The Center for Ballet and the Arts at NYU. Quan has also choreographed for Columbia Ballet Collaborative, konverjdans, DanceWorks Chicago’s ChoreoLab, CelloPointe and St. Paul’s School.

While with BalletX, Quan performed new works by Matthew Neenan, Nicolo Fonte, Gabrielle Lamb, Penny Saunders and Trey McIntyre. She danced at Jacob’s Pillow Dance Festival, Vail Dance Festival, Central Park SummerStage, Belgrade Dance Festival, The Joyce Theater and in DEMO by Damian Woetzel at the Kennedy Center. Her duet, Fancy Me, was performed at the Vail Dance Festival in 2018 and she was an adjunct instructor of ballet at DeSales University in fall 2020. With the help of Elliot deBruyn and Nathaniel Brown, she created Mahålang, a short documentary that wove familial conversations of her Chamorro Filipino upbringing on Guam with scenes from Love Letter. Mahålang was accepted into the Center of Asian American Media Festival (CAAMFest 2021).

Ryan performed in the corps de ballet of Balanchine’s Diamonds for the PBS broadcast of Pennsylvania Ballet at 50. She was named in Dance Magazine’s “On the Rise” in 2018 and was most recently the March/April 2021 cover star of Pointe Magazine.

For over two decades, Trusnovec was a principal dancer with the Paul Taylor Dance Company, creating over 25 roles and appearing in more than 70 dances choreographed by Taylor. He premiered new works by Larry Keigwin, Doug Elkins, Doug Varone, Lila York, Margie Gillis and Pam Tanowitz, and was featured in the company’s presentation of Martha Graham’s Diversion of Angels. Additionally, Trusnovec was the company’s Associate Rehearsal Director and was featured in the 2004 PBS Great Performances episode, Dance in America: Acts of Ardor: Two Dances by Paul Taylor, and again in 2013 for Paul Taylor Dance Company in Paris. He continues to serve as the Director of Worldwide Licensing and as a repetiteur of Taylor’s dances.

Among his honors are a 2018 Dance Magazine award, the Positano Premia La Danza Dancer of the Year for 2016, a 2006 Bessie Award, and in 1992, he was a YoungArts awardee and Presidential Scholar in the Arts. Trusnovec serves on the Board of Directors of Dance Films Association and he is a co-curator for the 2020 Dance on Camera Festival at Lincoln Center. He is a national reviewer and dance mentor for YoungArts as well as a co-founder of the Asbury Park Dance Festival. Trusnovec most recently performed Molissa Fenley’s State of Darkness at The Joyce Theater, and appeared with New York City Ballet’s Winter 2020 Lincoln Center performances of George Balanchine’s Episodes.