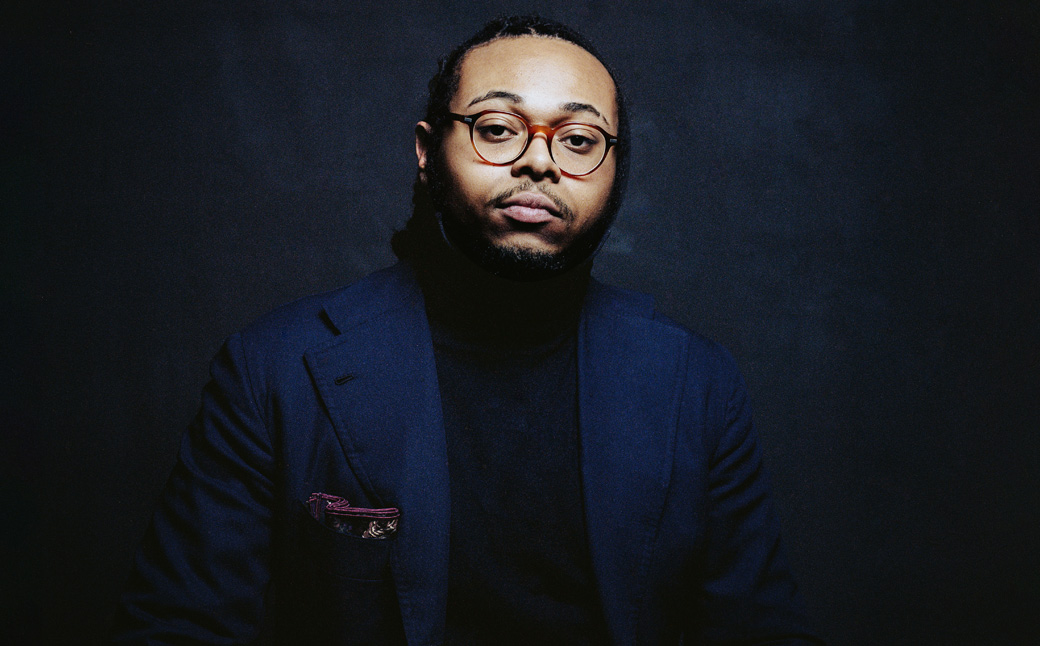 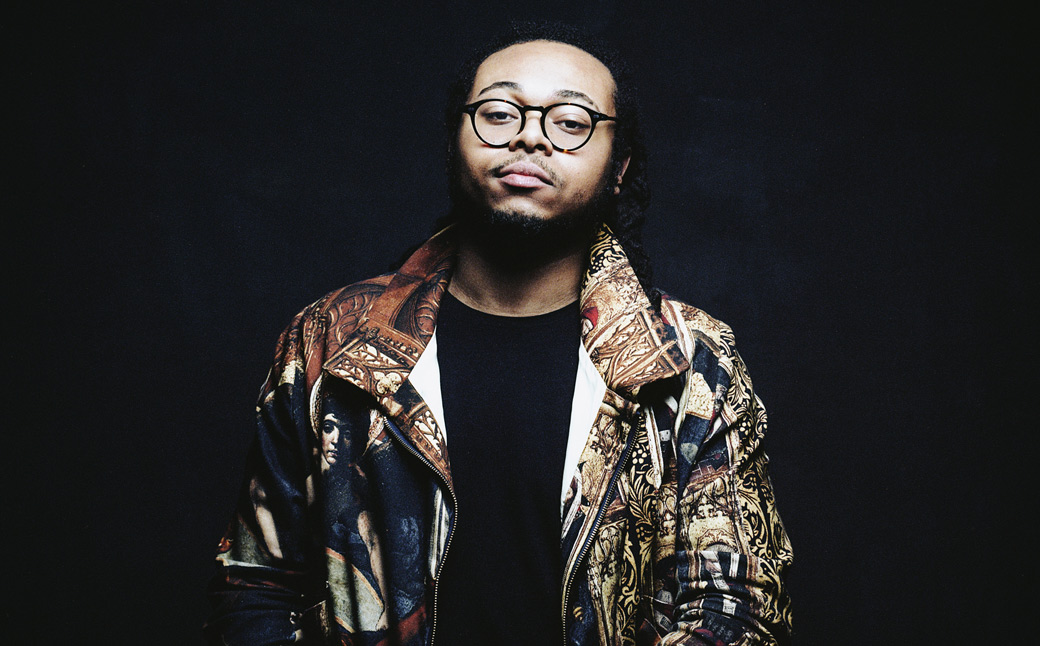 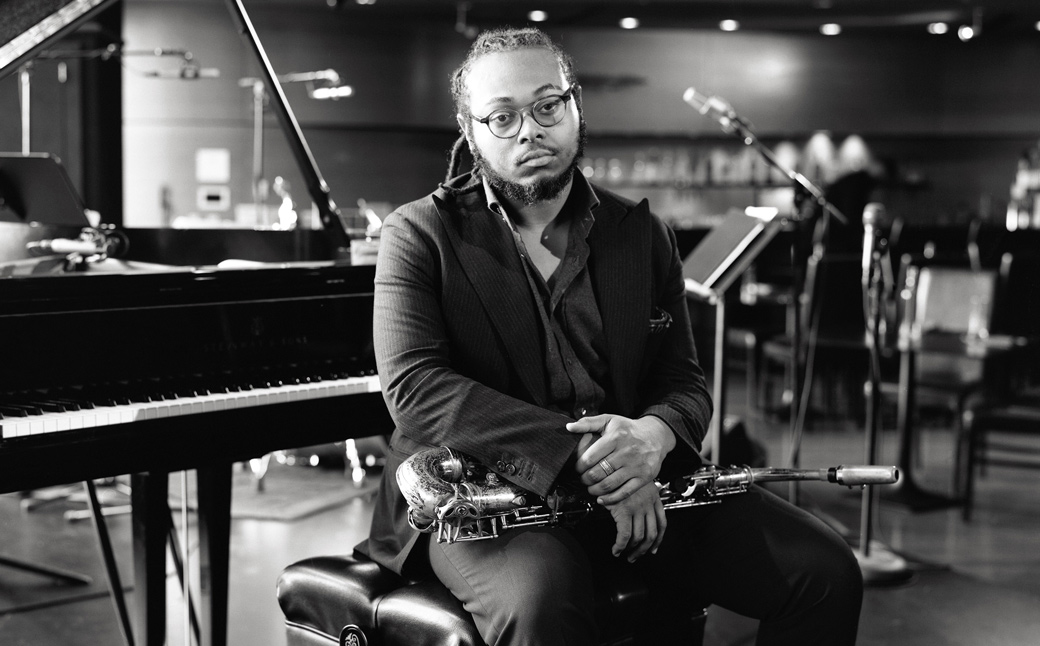 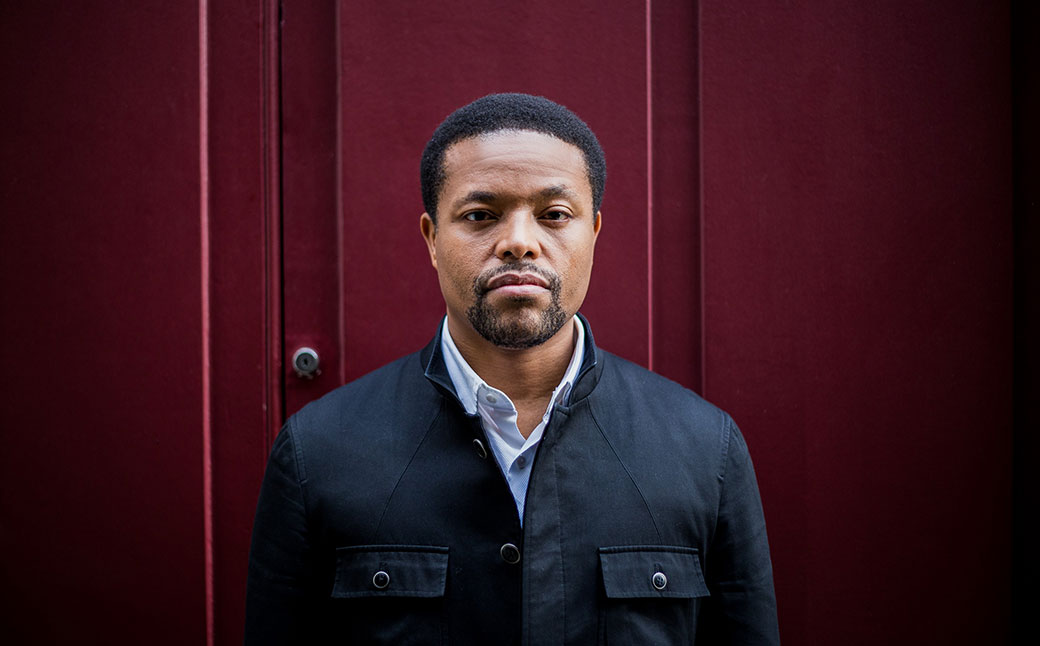 “An alto saxophonist whose playing is at once dazzlingly solid and perfectly lithe,” (The New York Times) Immanuel Wilkins has toured the world, playing alongside jazz icons and leaving impressed fans in his wake. At only 22, Wilkins’ sophisticated debut album, Omega, boasts virtuosic musicality and technique with raw reflections on issues that haunt our past and still plague society today. The recording was named the No.1 Jazz Album of 2020 by The New York Times and hailed as “the most important debut jazz recording in years.” (JazzTimes) Performing alongside drummer Nasheet Waits, this Annenberg Center headline debut performance by this Philadelphia-area native is not-to-be-missed, as “the future of jazz is in the hands of musicians like Wilkins.” (AllAboutJazz)

This is an original, live event performed on our stage and streamed online. It will include an interactive Q&A with the artists. Visit our FAQs page for additional details.

Immanuel Wilkins Bio
Immanuel Wilkins (Saxophone)
Immanuel Wilkins is a saxophonist, composer, educator and bandleader from the greater Philadelphia area. While growing up, Wilkins honed his skills in the church and studied in programs dedicated to teaching jazz music like the Philadelphia Clef Club of Jazz & Performing Arts. After moving to New York in 2015, he proceeded to earn his bachelor’s degree in music at The Juilliard School (studying with saxophonists Bruce Williams and the late, great Joe Temperley) while simultaneously establishing himself as an in-demand sideperson, touring in Japan, Europe, South America, The United Arab Emirates and the United States and working and/or recording with artists including Jason Moran, Joel Ross, Aaron Parks, Gerald Clayton, Gretchen Parlato, Lalah Hathaway, Solange Knowles, Bob Dylan and Wynton Marsalis. It was also during this same period that he formed his quartet featuring his longtime bandmates: Micah Thomas (piano), Daryl Johns (bass) and Kweku Sumbry (drums).

Being a bandleader with a working group for over four years has allowed Wilkins to grow both as a composer and as an arranger — and has led to him to receiving a number of commissions including from the National Jazz Museum in Harlem, The Jazz Gallery’s 2020 Residency Commission program (a collaboration with Sidra Bell Dance New York), the Kimmel Center’s 2020 Jazz Residency program (a collaboration with photographer Rog Walker and videographer David Dempewolf) and the 2021 Roulette Emerging Artist Commission program. Wilkins’ immersion in the scene at a young age and sharing the stage with various jazz masters has inspired him to pursue his goal of being a positive force in both music and society. This includes an impressive resumé as an educator. In addition to teaching at NYU and The New School, he has taught and given masterclasses and clinics at schools and venues including Oberlin Conservatory, Yale University and the Clef Club. Ultimately, Wilkins’ mission is to create music and to develop a voice that has a profound spiritual and emotional impact.

By studying the humanity and the cultural specificity of jazz, Wilkins aspires to bring people together through his art. His debut recording, Omega (produced by Jason Moran), was released by Blue Note Records in 2020 and has received uniformly rave reviews. In addition to being voted “Best New Jazz Artist” in the JazzTimes Critics’ Poll and “Best New Talent of 2020” by Musica Jazz, Wilkins’ Omega has appeared on numerous “Best of 2020” lists, most notably as NPR Music’s “Best Debut Jazz Recording of 2020” and The New York Times’ number one Jazz Album of 2020. Wilkins began 2021 on a very positive note. He was nominated for a NAACP Image Award (Best Jazz Instrumental album) and won the prestigious LetterOne “RISING STARS” Jazz Award.

Waits’ college education began at Morehouse College in Atlanta, GA, where he majored in psychology and history. Deciding that music would be his main focus, he continued his studies in New York at Long Island University (LIU), where he graduated with his BA in music. While attending LIU, Waits studied privately with renowned percussionist Michael Carvin, whose tutelage provided a vast foundation upon which Waits added influences from his father, mentor Max Roach and percussionist Fred King.

Waits’ talent came to the attention of reedman Antonio Hart, who asked him to originate the percussion chair of his first quintet. Waits remained a standing member of Hart’s ensembles, recording three albums and touring nationally and internationally in noted venues and jazz festivals as well as making live television and radio performances. Waits remained a member of Hart’s group through 1998.

In 1999, Waits joined the bands of Andrew Hill and Fred Hersch. He stayed with Hill through 2005 and with Hersch for 10 years. He also toured and recorded with the band New Directions, comprised of young Blue Note recording artists Jason Moran, Greg Osby, Stefon Harris, Mark Shim and Tarus Mateen. Most notably, Jason Moran and the Bandwagon came from the New Directions experience. Bandwagon, Moran, bassist Mateen and Waits have been deemed “the most exciting rhythm section in jazz” by JazzTimes.

In addition to joining forces with two other cooperative bands, Waits has also assumed the title of leader. His quartet Nasheet Waits Equality had its auspicious origin with a tour of Italy in the spring of 2007. The band featured Logan Richardson on alto and soprano saxophones, Moran and Mateen, Waits’ Bandwagon colleagues. Equality went on to record its first offering, Alive At MPI, in 2009 for Fresh Sound Records. The band featured virtuoso pianists Stanley Cowell and James Hurt for several European tours from 2007-2013. Waits leads his second cooperative band, Tarbaby, which includes bassist Eric Revis and pianist Orrin Evans. Tarbaby has released four offerings. Following an eponymous first effort in 2008, its second recording, The End of Fear, featured Oliver Lake, Nicholas Payton and JD Allen, and was placed in several top 10 record lists in 2010. Tarbaby’s third release, The Ballad of Sam Langford, featured Ambrose Akinmusire and Lake, and was released in the spring of 2013 on Hipnotic Records. The most recent release, Fanon, was inspired by the work of philosopher, revolutionary, psychiatrist and author Frantz Fanon. This recording featured Marc Ducret and Lake. Waits also co-leads the project 3rd Eye (Aethereal Bace), an unconventional trio with Abraham Burton on tenor saxophone and drummer Eric McPherson.

Amidst his performing, recording and touring activity, Waits teaches private lessons, stressing a personal approach to the drums and music. True to his personal philosophy of balancing tradition and modernism, he collaborates and performs regularly with musical cohorts, contemporaries and masters. Waits is dedicated to exploring his role and creative path in music.