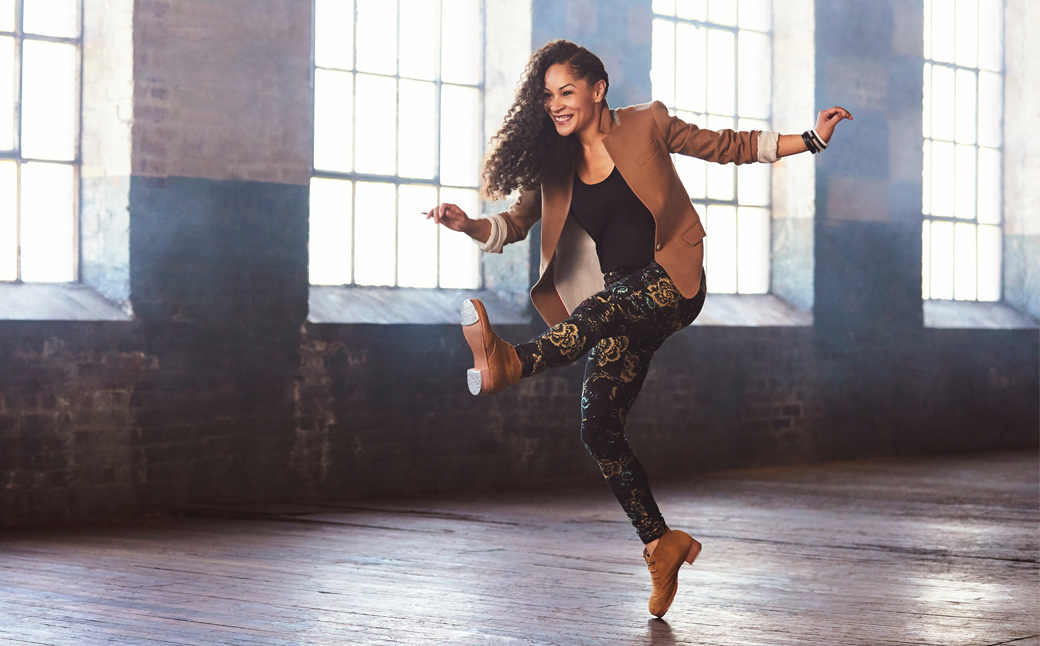 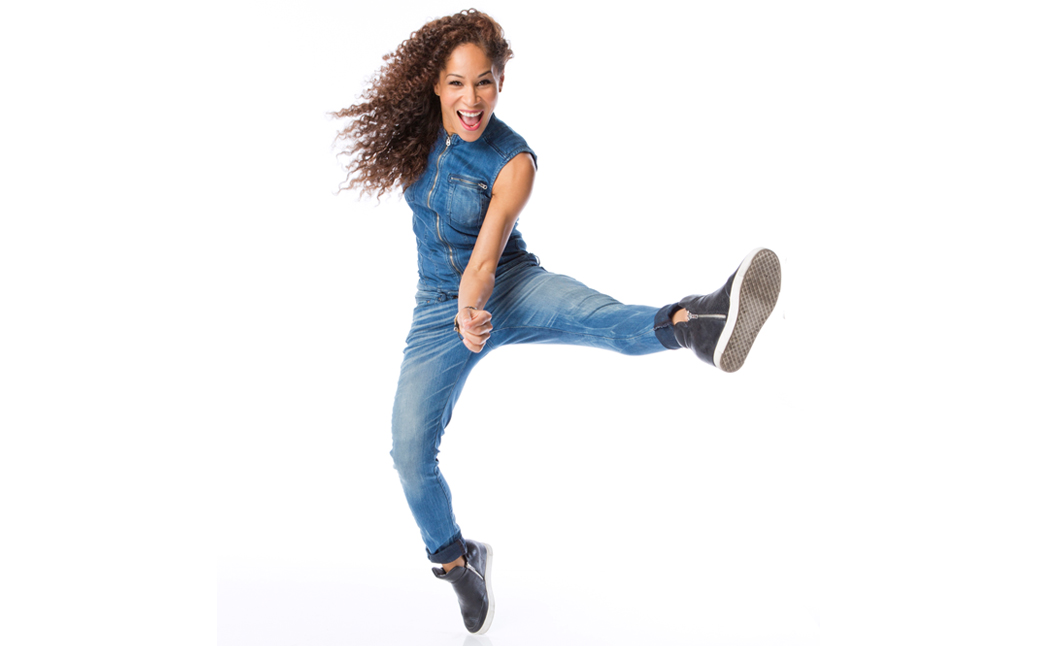 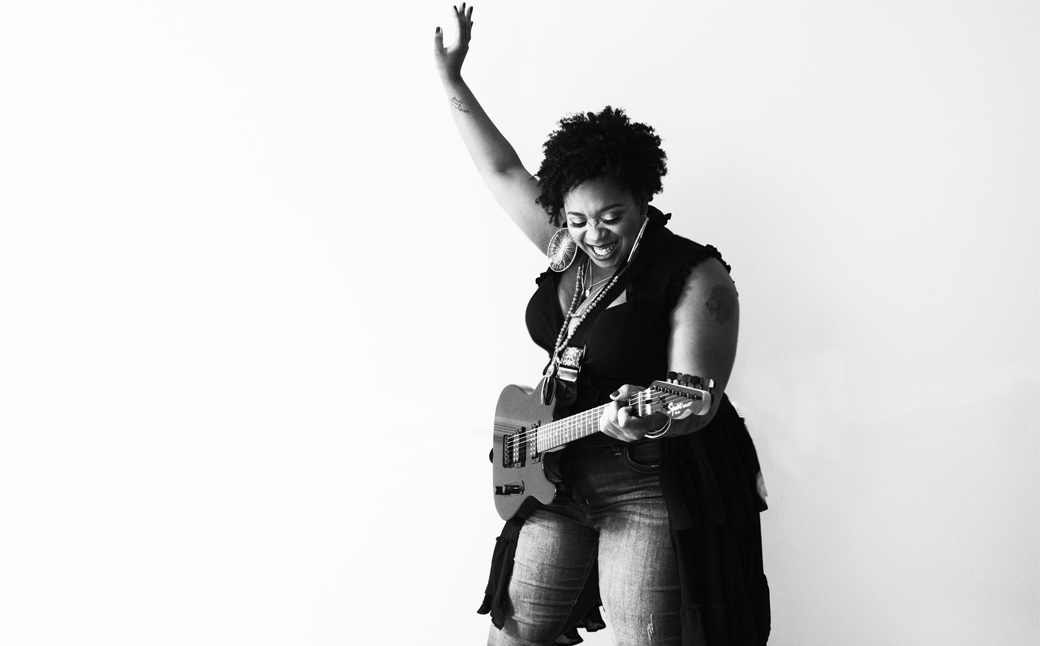 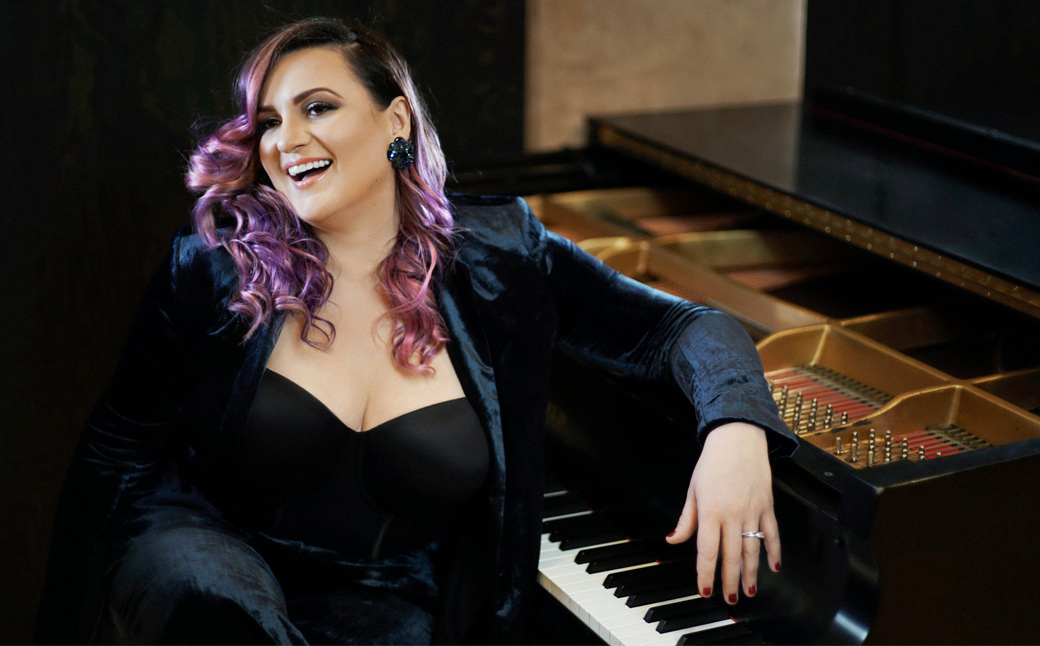 “A tap dancer of unquestionable radiance,” Ayodele Casel is one of the “Biggest Breakout Stars of 2019." (The New York Times) Mentored by the legendary Gregory Hines, who hailed her as “one of the top young tap dancers in the world,” Casel has become a powerful voice for the art form, consistently performing to sell-out crowds and receiving rave reviews. With direction by Torya Beard, this radiant tap star makes her Philadelphia debut in an all-female program alongside singer/songwriter and Broadway alum Crystal Monee Hall and acclaimed pianist Annastasia Victory.

Learn Tap with Ayodele Casel
We are thrilled to offer our audiences access to an advanced beginner tap class with Ayodele Casel! While normally part of the Operation Tap online class offerings, you can enjoy this exclusive opportunity to learn some tap for free through May 18. Tap shoes not required - wear any comfortable shoes with hard soles and just get dancing! Watch the class >>

Ayodele Casel Bio
Ayodele Casel (Tap Dancer/Choreographer)
One of The New York Times' "Biggest Breakout Stars of 2019,” Ayodele Casel, “a tap dancer of fine-grained musicianship” (The New Yorker), was recently a 2019-2020 fellow at the Radcliffe Institute for Advanced Study at Harvard University where she researched and developed her acclaimed theatrical work Diary of a Tap Dancer. Born in the Bronx and raised in Puerto Rico, Casel began her professional training at NYU’s Tisch School of the Arts. Her origins in theatre and love for storytelling and tap dance have significantly contributed to the narrative nature in her work, which is rooted in the expression of identity, culture, language and communication. Her commitment to the personal development of young people throughout her career landed her the role of Director of Graduate Programs for A BroaderWay Foundation, where she mentors young women in NYC. She is also the co-director of the Original Tap House and Operation: Tap.

A frequent New York City Center collaborator, Casel was commissioned to create an interactive performance for its inaugural On The Move series aimed to engage NYC communities. She recently collaborated with legendary Latin jazz composer Arturo O'Farrill premiering a show at The Joyce Theater in the fall of 2019.

Casel is continually striving to have tap dance and its artists included in conversations and spaces surrounding all art and culture. She has become an internationally sought-after artist and a powerful voice for the art form. Her work is predicated on the belief that when we reveal our stories, we expose our shared humanity and make a more significant impact with our work.

Casel's television and film credits include Third Watch, Law and Order, The Jamie Foxx Show, Bojangles and Savion Glover’s Nu York. She originated the role of Yvonne in Nelsan Ellis' heart-wrenching play, Ugly, to great reviews at NYC's Fringe Festival and Santa Monica Playhouse. She also originated the role of The Doll in Derick K. Grant's Imagine Tap!, which premiered at the Harris Theater in Chicago. Casel served on the Artist Board for New York City Center's Encores! series under the artistic direction of Tony Award®-winner Jeanine Tesori.

She has earned commissions from Aaron Davis Hall/Harlem Stage and the Apollo Theater's Salon Series, where she presented Diary of a Tap Dancer. She was also selected by acclaimed composer Rob Kapilow to collaborate on a tap dance concerto which premiered at Lincoln Center for the Performing Arts. Casel also co-choreographed Tap Into Peace, a show with the incredible music of Stevie Wonder as its inspiration and soundtrack. The show has been presented at New York City Center's Fall for Dance festival and Playhouse Square in Cleveland.

Casel has performed at the White House, Carnegie Hall, Radio City Music Hall, Madison Square Garden and off-Broadway in Savion Glover’s hit tap show Savion Glover/Downtown. She co-choreographed and was featured in the PBS broadcast Rodgers and Hart Story: Thou Swell, Thou Witty. She has been creating and presenting her own work since 1999 in venues that include the Apollo, New York City Center, Aaron Davis Hall/Harlem Stage, Lisner Auditorium, Lincoln Center Out of Doors, Symphony Space, The Joyce SoHo, Dance Theater Workshop, the Triad Theater and Joe's Pub at the Public Theater.

A Capezio athlete, Casel has appeared on the cover of Dance Spirit, American Theatre Magazine and The Village Voice and has been featured in several other magazine articles. She has worked and performed with the greatest tap dancers and companies including Gregory Hines, Jazz Tap Ensemble, American Tap Dance Orchestra and Savion Glover as the only woman in his company N.Y.O.T. (Not Your Ordinary Tappers). Her work has been presented nationally and internationally, and she continues to strive to make tap dance a relevant presence in the arts.

Crystal Monee Hall Bio
Crystal Monee Hall (Vocals)
Crystal Monee Hall’s varied career as a singer, songwriter, instrumentalist and actress has included roles on Broadway (Rent), sold-out tours with acclaimed musicians Mickey Hart (Grateful Dead) and Dave Schools (Widespread Panic), being a featured vocalist on Saturday Night Live and a guest appearance on the HBO comedy-drama High Maintenance. She has released three albums (one solo as well as two with Hart). Work from her most recent EP, If You Breathe, was described as “riveting” by Billboard Magazine. Hall’s newest release seamlessly blends her love for world, blues, jazz, soul and contemporary R&B, showcasing her talent as a songwriter while highlighting a voice that has captivated audiences worldwide.

Hall is currently a featured vocalist on Broadway superstar Kristin Chenoweth’s Kristin Chenoweth: For the Girls musical revue-style concerts at Broadway’s Nederlander Theater. In addition to being heavily featured, her songwriting comes front and center when Chenoweth performs her original tune “Reasons for Hope,” co-written by the show’s musical director, Mary-Mitchell Campbell.

Torya Beard Bio
Torya Beard (Director)
Torya Beard is a New York-based director, creative consultant/strategist, choreographer and producer specializing in dance and theatre. Her curvy professional path reflects a deep curiosity about and belief in the boundless possibilities at the intersection of creativity, artistic expression and social justice.

After studying dance at the University of Michigan, Beard toured with Cleo Parker Robinson Dance, David Roussève/REALITY, Kevin Wynn Collection, Ronald K. Brown/EVIDENCE, Earl Mosley's Diversity of Dance, Deeply Rooted Dance Theater and Donald Byrd's The Harlem Nutcracker, among others. She was a featured dancer in the film Idlewild and made her Broadway debut in Disney's The Lion King.

For Beard, it has been an absolute joy to collaborate with Ayodele Casel on various projects. Among them are Ayodele Casel + Arturo O'Farrill at The Joyce Theater (creative director/assistant choreographer); Diary of A Tap Dancer V.4 (director); While I Have the Floor (producer); New York City Center’s Encores! Off-Center production of Really Rosie (assistant choreographer); Rooted for the inaugural five-borough tour of New York City Center's On The Move program (creative director); and Diary of a Tap Dancer V.6: Us, commissioned by New York City Center (co-curator/co-director). She and Casel are resident directors of Dance Lab New York's inaugural Tap Project. Beard’s other projects include: YoungArts (regional multidisciplinary co-director, NYC 2019 and Miami 2020); The Classical Theatre of Harlem's The First Noel (associate choreographer); the all-female presentations of Jesus Christ Superstar and She is Risen (producer); Idina Menzel’s 2017 world tour (creative director); and Harvard University ArtLab (arts administration consultant, fall 2019).

Beard is currently Executive Director at A BroaderWay Foundation, Director of Original Tap House, Artistic Director at Excellence Community Schools, Co-Founder of the artist-led social enterprise tall poPpy, inc. and serves on the board for Earl Mosley's Diversity of Dance.