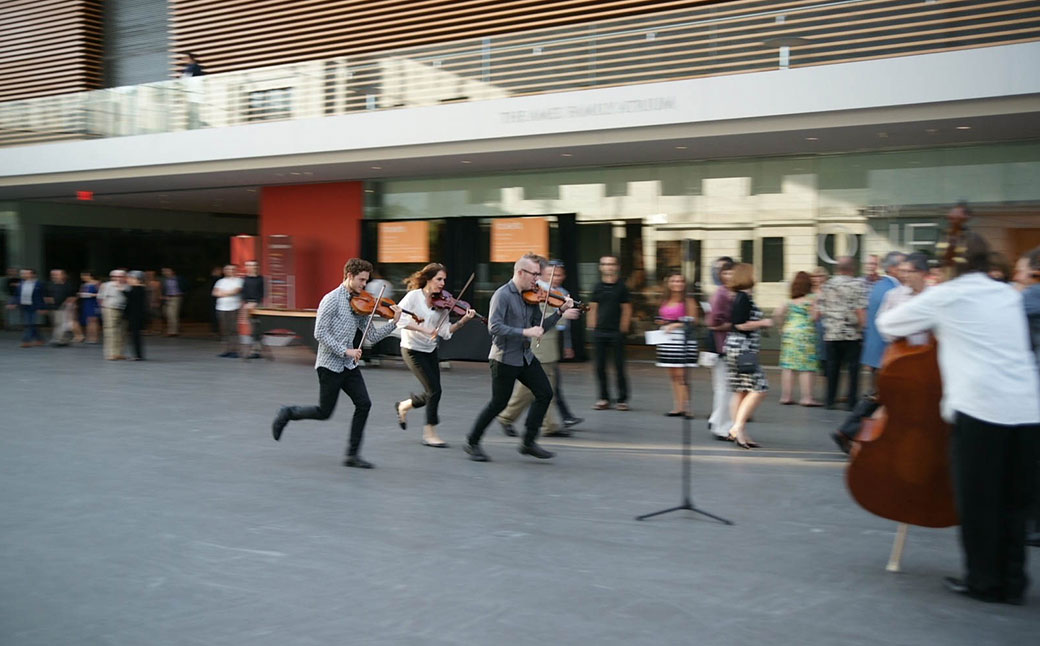 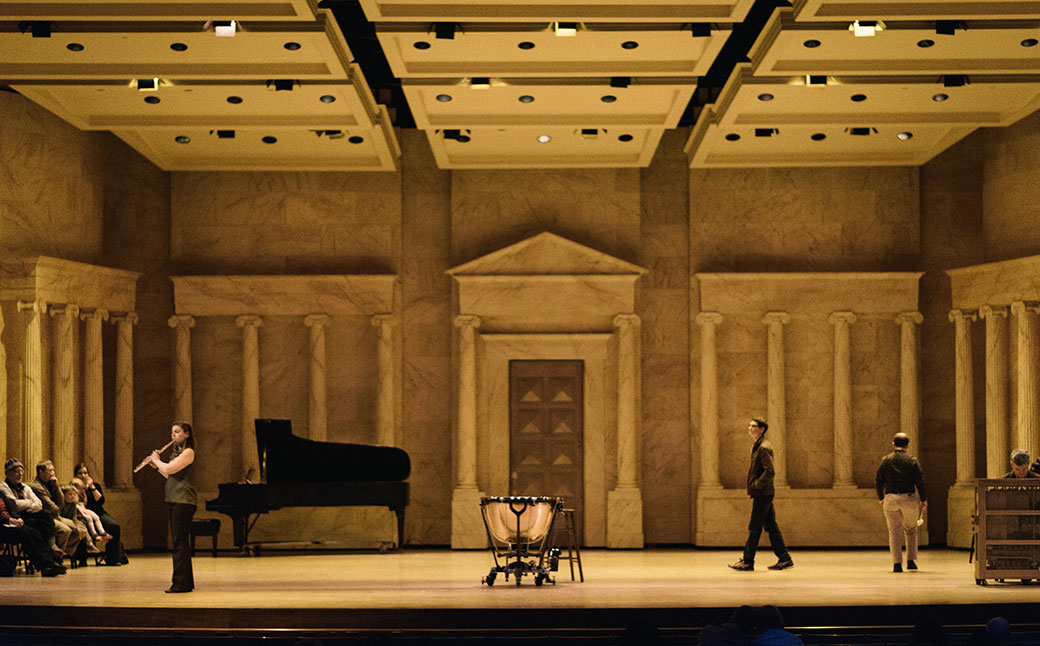 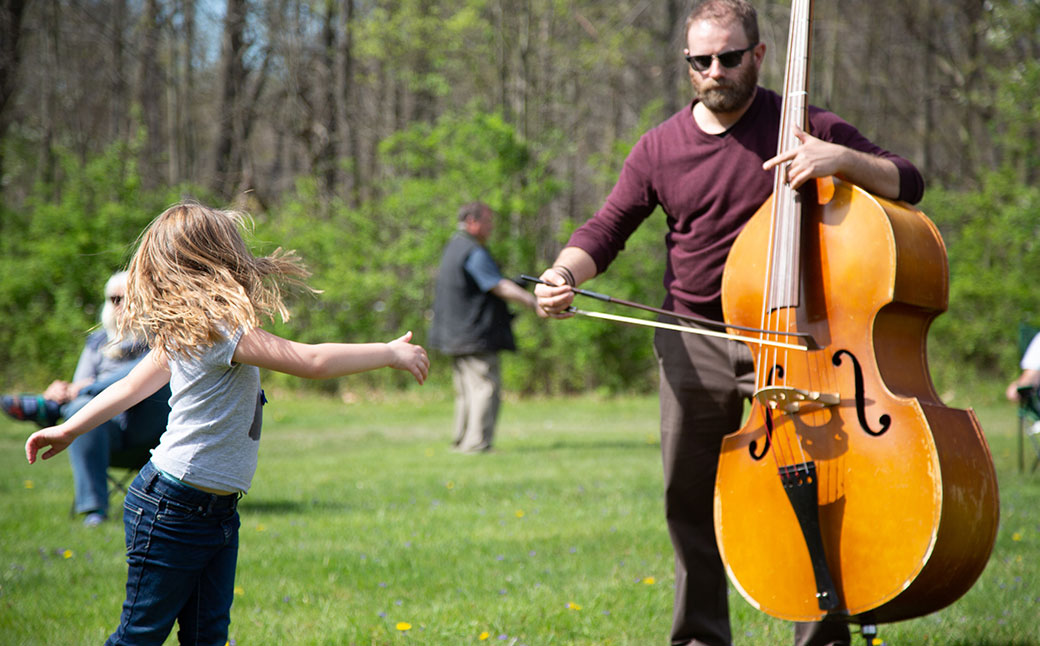 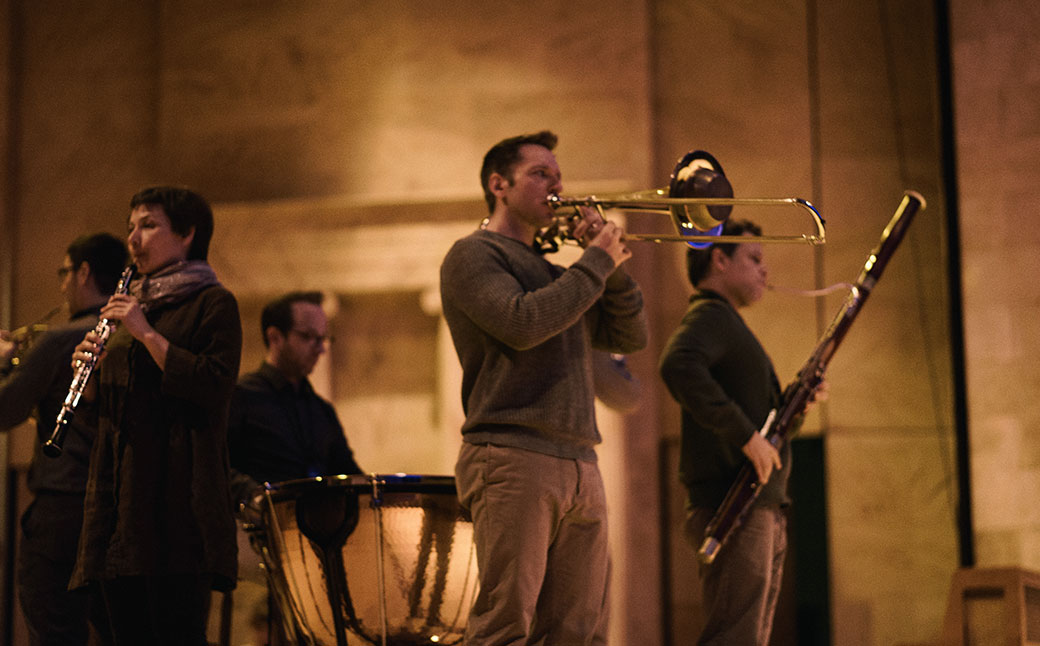 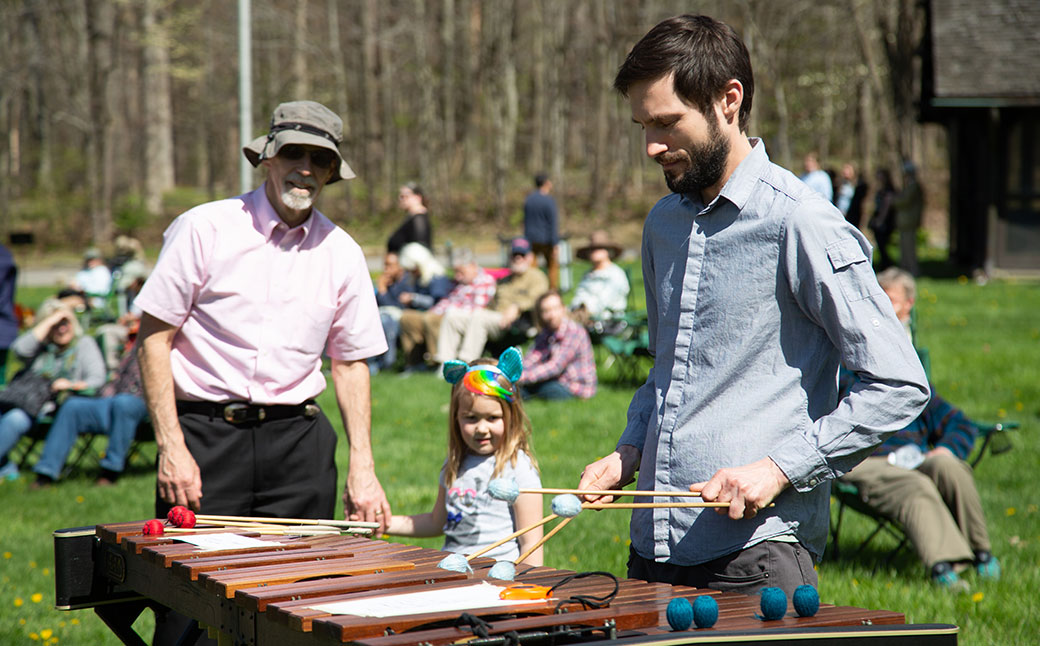 The “unusually versatile, reliably exhilarating new-music ensemble” (The New York Times) Alarm Will Sound makes its Penn Live Arts debut, returning to our city after a 12-year hiatus with the local premiere of Ten Thousand Birds by Pulitzer Prize and Grammy® Award-winning composer John Luther Adams. This experiential, open-ended collection of pieces is based on native birdsong, encompassing a range of colors and instrumentation and newly informed by actual migration patterns tracked at the Morris Arboretum. The audience roves freely around the space and the performers, experiencing the music from many perspectives as human creativity and natural phenomena blur.

“Alarm Will Sound has become one of the most vital and original ensembles on the American music scene.” (The New York Times)

Please note, tickets must be purchased in advance; they will not be sold at the arboretum. Your email confirmation will serve as your ticket for admission.

Alarm Will Sound
Alarm Will Sound is “one of the most vital and original ensembles on the American music scene” (The New York Times). A 20-member band committed to innovative performances and recordings of today’s music, it has established a reputation for performing demanding music with energetic virtuosity.

With classical skill and unlimited curiosity, Alarm Will Sound takes on music from a wide variety of styles. “Stylistically omnivorous and physically versatile” (The Log Journal), its repertoire comes from around the world, and ranges from the arch-modernist to the pop-influenced. Since its inception, Alarm Will Sound has been associated with composers at the forefront of contemporary music. The group itself includes many composer-performers, which allows for an unusual degree of insight into the creation and performance of new works.

Alarm Will Sound is the resident ensemble at the Mizzou International Composers Festival. Held each July at the University of Missouri in Columbia, the festival features eight world premieres by early-career composers. In 2013-14, Alarm Will Sound served as artists-in-residence at The Metropolitan Museum of Art.

Alarm Will Sound may be heard on fourteen recordings including its most recent, The Hunger, and the premiere recording of Steve Reich’s Radio Rewrite. Acoustica, its genre-bending, critically acclaimed album, features live-performance arrangements of music by electronica guru Aphex Twin.

Living for almost 40 years in northern Alaska, JLA discovered a unique musical world grounded in space, stillness and elemental forces. In the 1970s and into the 80s, he worked full-time as an environmental activist. But the time came when he felt compelled to dedicate himself entirely to music. He made this choice with the belief that, ultimately, music can do more than politics to change the world. Since that time, he has become one of the most widely admired composers in the world, receiving the Pulitzer Prize, a Grammy® Award and many other honors.

In works such as Become Ocean, In the White Silence and Canticles of the Holy Wind, JLA brings the sense of wonder that we feel outdoors into the concert hall. And in outdoor works such as Inuksuit and Sila: The Breath of the World, he employs music as a way to reclaim our connections with place, wherever we may be.

A deep concern for the state of the earth and the future of humanity drives JLA to continue composing. As he puts it: “If we can imagine a culture and a society in which we each feel more deeply responsible for our own place in the world, then we just may be able to bring that culture and that society into being.”

Since leaving Alaska, JLA and his wife Cynthia have made their home in the deserts of Mexico, Chile and the southwestern United States.

Alan Pierson (Artistic Director)
Alan Pierson has been praised as "a dynamic conductor and musical visionary" by The New York Times, "a young conductor of monstrous skill" by Newsday, "gifted and electrifying" by The Boston Globe, and "one of the most exciting figures in new music today" by Fanfare. In addition to his work as Artistic Director of Alarm Will Sound, he is Principal Conductor of the Dublin-based Crash Ensemble, has served as Artistic Director of the Brooklyn Philharmonic and has guest-conducted the Los Angeles Philharmonic, Chicago Symphony Orchestra, Hamburg Symphony Orchestra, London Sinfonietta, Orchestra of St. Luke's, the Steve Reich Ensemble, Carnegie Hall's Ensemble ACJW, the Tanglewood Music Center Orchestra, New World Symphony and the Silk Road Project, among other ensembles. He is also co-director of the Northwestern University Contemporary Music Ensemble and has been a visiting faculty conductor at the Indiana University Jacobs School of Music, the Eastman School of Music and the Banff Centre for the Arts and Creativity.